If you encounter any incorrect or dead links within this page, please let me know via my email: mkelsey@css.edu

The Grant Presidential Library and the Papers of Ulysses S. Grant

You can search the digital collections (including the Grant papers) and learn more about the Library at their website. 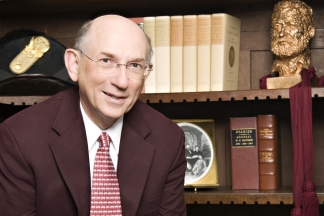 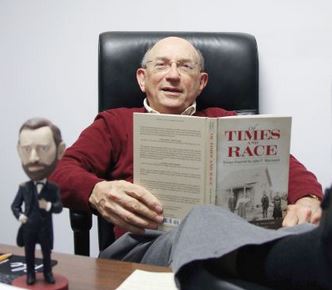 This extraordinary publishing venture, The Papers of Ulysses S. Grant, was carried out primarily at Southern Illinois University, Carbondale, by the esteemed professor of history Dr. John Y. Simon. Beginning in 1962, Dr. Simon commenced work on a documentary edition of Grant's papers and continued until his death in 2008. In 2004 Dr. Simon was awarded a special Gilder Lehrman Lincoln Prize for his monumental achievement in documentary editing, a feat making it possible for anyone to glean insight from primary documents created by Ulysses S. Grant throughout his life. His love for his wife, his early Army years, his difficulties in the St. Louis area, his spectacular lift from obscurity as the general who saved the Union and became President of the United States. It is all here.

Perspectives, a journal of research and creative activities at Southern Illinois, carried a lengthy article on Professor Simon and the history of the Grant project. Please enjoy reading this article at this link.

The digitized Papers of Ulysses S. Paper may be accessed through the Mitchell Memorial Library at Mississippi State University at this link.

Letters Written by U. S. Grant

The digitized Papers of Ulysses S. Paper may be accessed through the Mitchell Memorial Library at Mississippi State University at this link.

Letters of Ulysses S. Grant to His Father and Youngest Sister. Full text in Google Books.

Research and Primary Vs. Secondary Sources 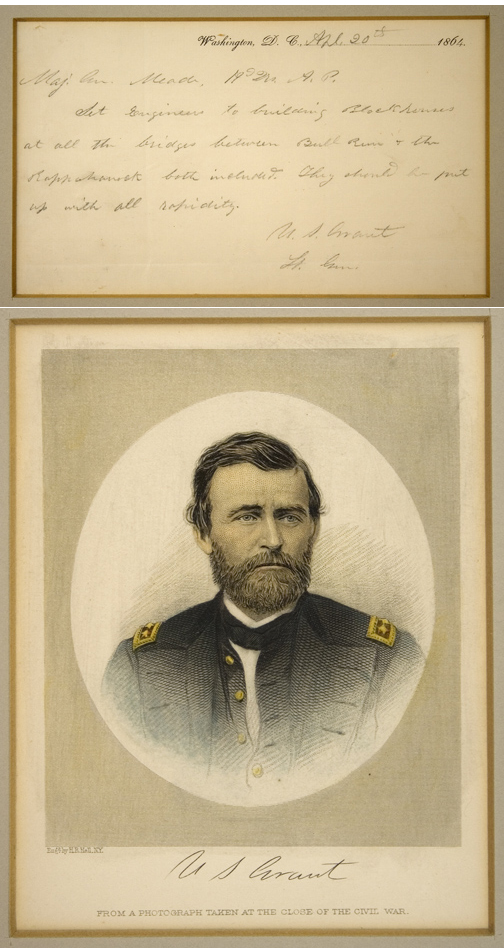 By now, you may have been bitten by the research bug and are itching with questions about Grant for which you want answers. You can approach this in two ways. One is through primary research documents, the other through secondary sources. Using these two together can create new discoveries about Grant, his contributions and his effect on the course of American history and satisfy your curiosity at the same time. You perhaps just want some facts (was Grant related to any other presidents?) or are you interested in something more nuanced and complex (what really happened at Shiloh?).
Primary Sources are those created the closest in time to the actual event. Those are such things as:
1. Newspaper accounts.
2. TV reports at the time of the event.
3. Official reports, such as the Official Records of the War of the Rebellion (the O.R.)
4. Letters and Diaries.
5. Photos taken at the event.
6. Audio and video recordings taken at the event or relating closely in time to the event.
7. Maps.
8. Artifacts.
9. Oral histories.
10. Art and music created in response to the event.

Article on doing primary research using the Grant Presidential Library.
Secondary Sources are those created to synthesize evidence found in primary and secondary sources, and compile and interpret this evidence. The final result are things such as:
1. Books, including textbooks.
2. Articles.
3. Television programs.
4. Encyclopedia articles.
5. Documentaries concerning the event.
6. Bibliographies.
Of course everyone uses Google, so here is a helpful Libguide:

Libguide on How to Get the Most Out of Google, from the University of Illinois, Urbana, Ill.

Finding Out About Grant Through Newspapers

Newspaper accounts may be seen as primary sources, but one cannot take everything in a newspaper as the unquestioned truth. Journalists make mistakes and incorrect information does make its way into print. Still, newspapers often have material that you will not find in books. Unique tidbits about the subject's whereabouts, actions, words, and associates at a particular point in time are the meat of news reporting.

Grant got around...a lot. In his adult life, the residence he occupied for the longest stretch of time was the 8 years he spent in the White House. Outside of those years, he moved constantly and was in the public eye for 25 years. His actions, travels, associates and his family were all grist for the journalistic mill.

If you are looking for material on Grant in newspapers, be aware that not all newspapers are indexed, so it is not always going to be easy to find news items. Fortunately, there are both free and commercial indexing ventures of 19th century newspapers that can reveal some real gems of information.

Newspapers.com  Get a personal subscription.

Check your public library for newspaper resources they might have available online.

Finding Out About Grant Through Newsletters

Finding Out About Grant Through Manuscript Collections

Manuscript collections of unpublished materials are available throughout the United States. Your challenge will be finding them. The Library of Congress maintains a database of records for thousands of manuscript collections. You can search this database at the National Union Catalog of Manuscript Collections.
I recommend that you use search option number 3, Left Anchored Phrase, and input the name you wish to search as last name first. For example, to find manuscript materials relating to Henry Wilson, Grant's second Vice President, enter Wilson, Henry. You will get a lot of hits and must sort through them to find those relating to the Vice President.
The NUCMC really is a wonderful finding tool. It just takes a little patience to use it effectively.

Finding Out About Grant Through 19th Century Books and Journals

Open Library - Thousands of ebooks to check out.

Ohio History Journal, 1887-2004. Ohio History Journal was established in June 1887 as the Ohio Archaeological and Historical Quarterly. For more than one hundred years, the journal has published peer-reviewed articles and book reviews on topics spanning the political, military, social, economic and cultural history of Ohio.

Finding Out About Grant Through Other Resources

The Library of Congress  Digitized Grant resources, including his papers and many other types of material.

The Library of Congress Resource Guide to Ulysses S. Grant 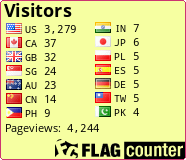 Mississippi State's Mascot is the Bulldog, a Tenacious, Stubborn Breed of Dog

The Bulldog Could Have Been Grant's Mascot Too

In the summer of 1864 Grant was chasing Lee's forces down through Virginia and was reluctant to use any of his troops elsewhere. Lincoln agreed. On August 17th, he wrote this admonishment to Grant:

I have seen your dispatch expressing your unwillingness to break your hold where you are. Neither am I willing. Hold on with a bull-dog grip and chew & choke, as much as possible. 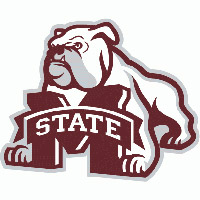