"Grant is the only president to have served two full consecutive terms between Andrew Jackson and Woodrow Wilson, and along with William McKinley is one of only two men between Jackson and Franklin Roosevelt to receive the majority of popular votes in two elections. Only Dwight Eisenhower and Ronald Reagan have accomplished the feat since." [updated: add Obama] -- George R. Goethals, In Before the Rhetorical Presidency, edited by Martin J. Medhurst. College Station, Texas: Texas A&M University, 2008.

Portrait of Grant as President 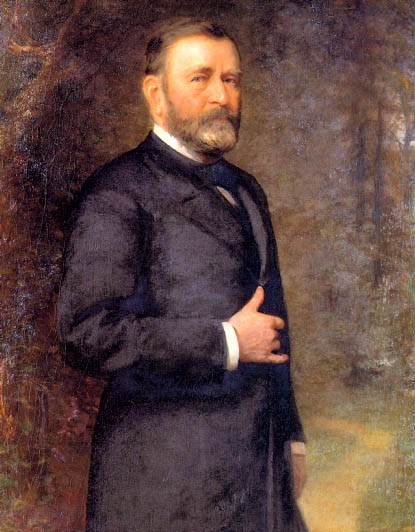 Only 13 presidents have been elected and served at least two terms. Grant was one of them. 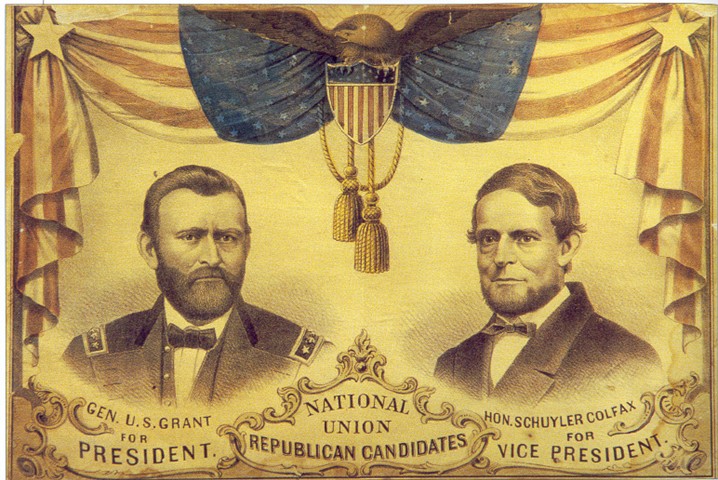 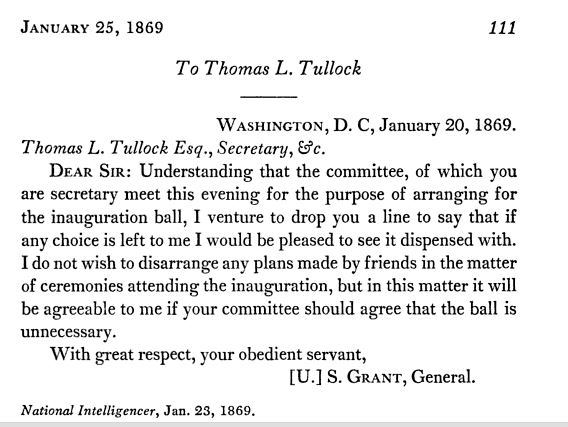 It is highly unlikely that Julia knew her husband was attempting to quash the inaugural ball! 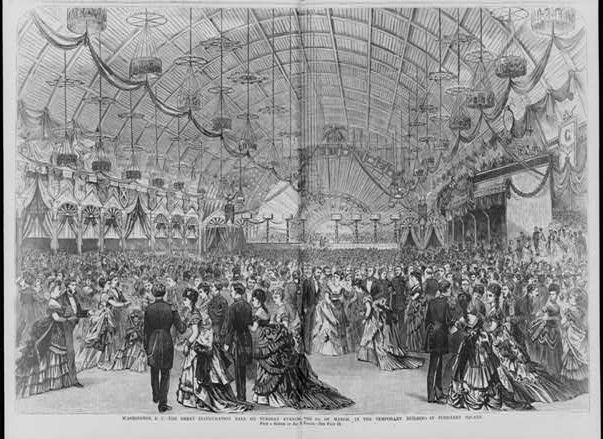 This was a very "cool" party. So cool that live canaries froze, as did musical instruments and refreshments. 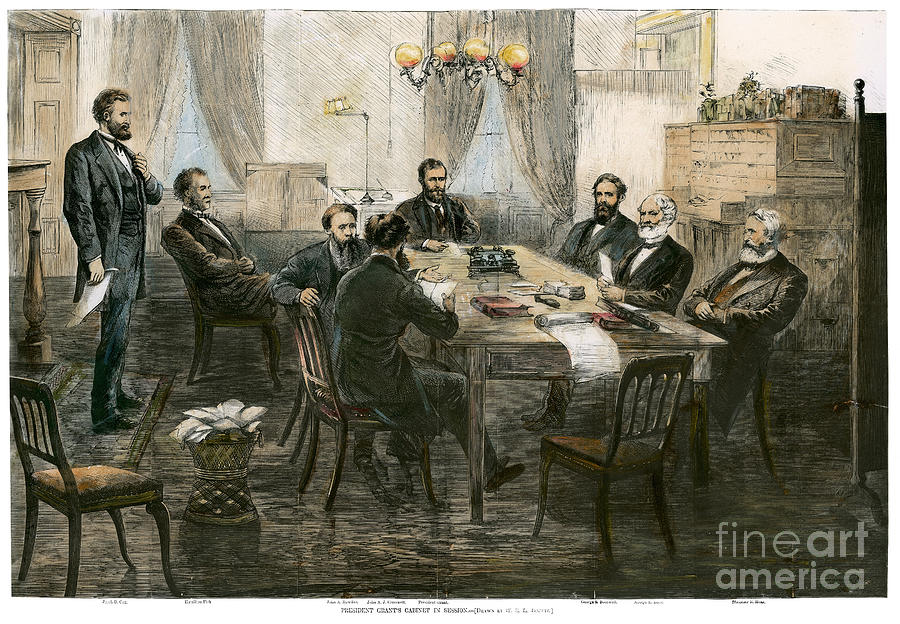 History and Analyses of the Grant Administration - Full Text Materials

Recollections of Grant in the White House 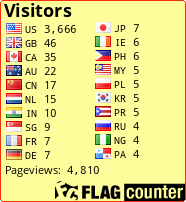 Not His Favorite Job

I never wanted to get out of a place as much as I did to get out of the presidency -- Ulysses S. Grant to journalist John Russell Young, during Grant's trip around the world.