As the hero of the Civil War, and as President of the United States, Ulysses S. Grant won international fame. Indeed, he was the most popular man on the planet in the 1860s to the 1880s. Few people today, however, know much about the personal side of him. The following are some interesting facts and anecdotes about his life.

Because so much was and still is being written about Grant, it is not always easy to sort the facts from the myths. Every effort was made to cross check among sources and consult as many sources published in Grant's lifetime as possible in compiling the following information.

►Although General Grant was reported to be a small man, in actuality he was 5' 8"tall. This was above average for the mid-nineteenth century man. Several sources on the Internet state that in 1860 the average male height was 5' 6". It has been widely recorded in books about him that he was born an exceptionally large baby at 10 and three-quarters pounds. However, a truly credible source for this does not appear to exist. Given that Grant was not named until he was a month old, it is possible that his weight links more to that date than the date of his birth.

Here is how one of his staff officers, Horace Porter, described him in Campaigning With Grant.
►Many of us were not a little surprised to find in him a man of slim figure, slightly stooped, five feet eight inches in height, weighing only a hundred and thirty-five pounds, and of a modesty of mien and gentleness of manner which seemed to fit him more for the court than for the camp. His eyes were dark-gray ... he was a good listener, but his face gave little indication of his thoughts... The firmness with which the general's square-shaped jaws were set when his features were in repose was highly expressive of his force of character and the strength of his will-power. See pages 13-16 in Porter's book for further descriptive details. Grant gained weight following the war and up until the time of his death. The New York Times reported him as weighing less than 100 pounds at his passing.

►Grant was very thin during the war, weighing only one hundred and thirty-five pounds. He was a very sparse eater. He abhorred red meat of any kind, and the sight of blood made him ill. Consequently, he insisted on his meat being cooked on the verge of being charred. He would not eat any kind of fowl, but was fond of pork and beans, fruit, and buckwheat cakes. He gained considerable weight in the White House.

►Since boyhood, General Grant had an aversion to any kind of profanity and was soundly disapproving if anyone tried to tell off color stories in his presence. Here is a reminiscence about Grant by a fellow Galenean, Absalom Markland, who oversaw the mail services for northern troops during the Civil War. This was printed in the Ulysses S. Grant Association Newsletter in April, 1973 (at the link, scroll down to that issue).

►Horace Porter asked Grant outright why he never uttered oaths, as so many in the military did, especially General Rawlins, Grant's chief-of-staff who could not seem to utter a sentence without profanity taking a major role in its structure. Porter quotes Grant as saying, "...I never learned to swear. When a boy I seemed to have an aversion to it, and when I became a man, I saw the folly of it. ...swearing helps rouse a man's anger; and when a man flies into a passion, his adversary who keeps cool, always get the better of him. [Swearing] is a great waste of time."

►Unlike many of his predecessors who were born in log cabins, Hiram Ulysses Grant was born in a small frame cottage along the banks of the Ohio River in the village of Point Pleasant, Ohio, to a leather tanner, Jesse Grant and his wife Hannah Simpson Grant on April 27, 1822. He was their first-born and his parents considered what his name should be for at least one month after he was born. At last, an inter-generational family meeting resulted in him being named Hiram Ulysses Grant. His family called him by his middle name Ulysses, or Lyss for short. To learn about the evolution of Grant's name from Hiram to Ulysses S., here is a succinct article.

►See the "For Students" tab on this LibGuide for more information about Grant's name.

►From a very early age Grant was renowned for his skills with horses.  At nine years of age young Ulysses was so adept at breaking horses to pace that many farmers in the region came to him for assistance in training their animals. His intense love for horses continued throughout his life. He set a high jump record at West Point that lasted for more than twenty-five years.

►See the "Civil War" tab on this LibGuide for more information about Grant and horses.

►On August 22, 1848, Grant married Julia Dent from St. Louis, whose family held slaves. Grant himself owned a slave named William Jones, acquired from his father-in-law. At a time when he could have desperately used the money from the sale of Jones, Grant signed a document that gave him his freedom.

►See the "His Life" tab on this LibGuide for more information about Grant and slaves.

►Upon graduation from West Point, Grant had no intention of keeping the military as his career and planned instead on being a professor of mathematics. He always excelled in this area.

►He was not especially studious at West Point and read a lot of novels available to him in the library. It was said of him that he never read a lesson over more than twice and did not actually "study" it. In spite of this he graduated 21st out of 39 cadets. He had to have been quite intelligent to pull this off. He got through an engineering program by reading each lesson in a minimal amount of time.

►While serving in the Mexican War, under Generals Taylor and Scott, Grant was in every battle except Buena Vista. Grant was twice breveted for bravery and gallantry for services at Molino del Rey and Chapultepec.

►At the beginning of the Civil War, Grant was working as a clerk in his father's leather store in Galena, Illinois. The rise from clerk to General of the Armies, to President of the United States in seven years, was an unprecedented feat of accomplishment. A few years earlier he was selling wood on a street corner in St. Louis!

►Although he had fifteen years in the regular Army, his initial offer to serve in the Civil War was overlooked by the War Department. His letter was not found until after the war was over.

►In the heat of battle, when his staff officers were full of anxiety, Grant calmly smoked his cigar and never lost his composure. His nerves of steel were a wonder to all around him. He could write dispatches while shells burst around him and never flinch.

►Grant did not believe in holding formal councils of war. He felt that they "divided a responsibility that would at times prevent a unity of action." He listened to the advice of his staff, and then, upon reflection, made the final decision himself. No one knew of his decision until it was put into effect.

►During the War, General Grant wrote most of his own dispatches. His style was clear and concise and no one ever had to be told twice what his wishes were.

►Ulysses Grant was a devoted family man and had his family with him whenever he could during the War. His oldest son Fred was with his father often. During the Battle of Black River Bridge, thirteen year old Fred was wounded when a musket ball struck him in the left thigh.

►He was the first West Point graduate to become president. The only other graduate to achieve the highest office in this country was Dwight D. Eisenhower.

►Grant's life in Galena was not as drab and poverty stricken as reported. He and his family lived in a seven-room house high on a hill in the best neighborhood in town. Julia had a servant, and did none of the housework herself.

►Grant was tone deaf and could not recognize any of the light airs of the time; military music was especially annoying to him.

►Reticence has long been associated with Ulysses Grant. Although he was an avid listener, in the relaxed company of friends, he could actually be a raconteur.

►Throughout his life General Grant had a superstition of retracing his steps. Throughout the war, this superstition turned into an asset in leading troops in battle.

►At the age of seven, young Ulysses nearly drowned while fishing in White Oak Creek, near his home in Georgetown, Ohio. His friend and fishing partner, nine year old Daniel Ammen, reached down and pulled him to safety after a thorough dunking.

►During his lifetime General Grant suffered intense migraine headaches which were sometimes reported as bouts of drunkenness.

►Before the Battle of Fort Donelson, Grant was a light smoker. During the battle a reporter spotted him holding an unlit cigar given him by Admiral Foote, and soon ten thousand cigars were sent to him in camp. Although giving away as many as he could, he started the habit of cigar smoking that became one of his trademarks.

►On the day Lincoln was assassinated, Grant's wife Julia was stalked by John Wilkes Booth. If the general had accepted the invitation to go to Ford's Theater with the presidential party, there may have been a double tragedy. They went instead to Burlington, New Jersey, to see their children. 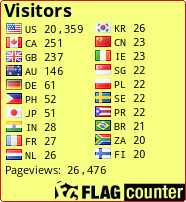