Please help me maintain the integrity of this site by emailing me if you encounter dead links or other errors. Your assistance is much appreciated. Thank you. mkelsey@css.edu

Grant was an 1843 graduate of West Point, commissioned as a brevet second lieutenant. In 1854 he left the army so he could be with his wife and children. By 1861 he and his family were living in Galena, Illinois, where he stoically worked daytime in his father's leathergoods store and happily returned home to his wife and children in the evenings. From Galena he re-entered the army as Colonel Grant in charge of a regiment of unruly Illinois recruits. From this modest position Grant begins his unlikely rise through the army ranks and on to world fame and celebration.

Here is a chronology of his rise from Colonel to Lieutenant General and an overview of the Union army organization.

Quote from Victors in Blue: How Union Generals Fought the Confederates..., by Albert Castel with Brooks D. Simpson, p. 32. "The most important among [Grant's staff] was the adjutant general, Captain John A. Rawlins, a thirty-year-old Galena lawyer totally without military training or experience of any kind. Grant selected him for the job because he liked and trusted him, admired his keen intellect ... Later some would say that his main function was to keep Grant sober, and that were he to be fatally shot it would be the equivalent of blowing out Grant's brains. The first assertion is extravagant, the second ignorant."

Grant at the Battle of the Wilderness 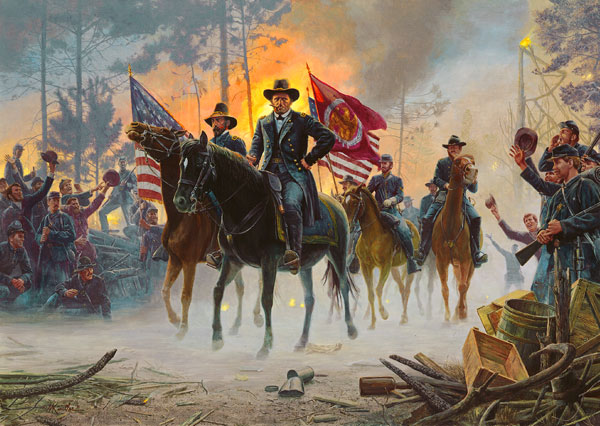 Battles in the East and West. Appomattox

Battles in the West

Battles in the East

Videos About Grant as General

Firsthand Accounts of Grant in the War

"His honesty is above suspicion. I regard him as one of the most incorruptible men in the nation." - James L. Crane, chaplain in Grant's camp.

"The soldiers ... watch him curiously, with a certain sort of familiar reverence."  - Franc Wilkie, Journalist

"Those who thought that General Grant was unmindful of the welfare of his men or regardless of the value of human life, knew nothing of the real nature of the man."

"General Grant is one of the few great men this country has ever produced." 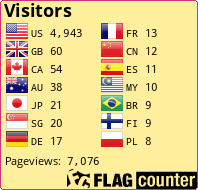 To say that Grant was a superb horseman is as an understatement. Grant and horses connected on practically a mystical level. He could ride them and train them as few Americans have ever been able to. He felt a deep bond with horses, caring for them and fiercely protecting them. Woe be unto anyone who abused a horse in his presence. During the War, upon observing a soldier flogging a team of horses, he had this individual tied to a tree as punishment. (Campaigning With Grant, by Horace Porter, p. 164-165).

Grant and Black Troops in the Civil War 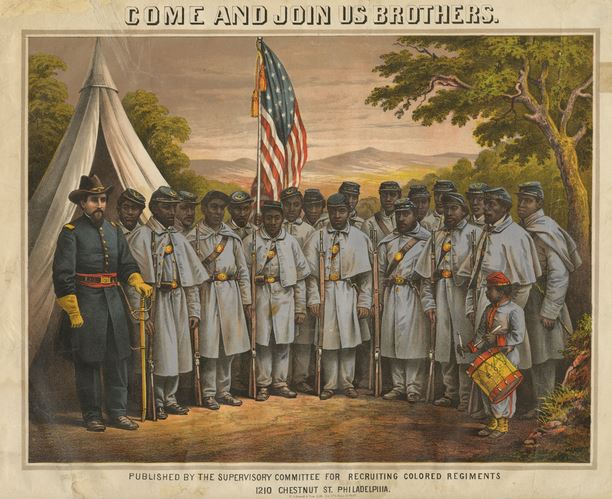 Excerpts from Lincoln and Grant, the Westerners Who Won the Civil War, by Edward H. Bonekemper III, Regnery History, 2014 illustrate that both leaders valued the contributions of black soldiers.

During the siege of Vicksburg, on June 7, an outnumbered force of recently recruited and barely trained former slaves repelled an attack by 2,000 Confederates at nearby Milliken's Bend. Their success in brutal hand-to-hand fighting earned them respect among their white comrades; even the Confederate commander admitted that "this charge was resisted by the negro portion of the enemy's force with considerable obstinacy." Charles Dana later wrote, "The bravery of the blacks ... completely revolutionized the sentiment of the army with regard to the employment of negro troops. I heard prominent officers who formerly in private had sneered at the idea of negroes fighting express themselves after that as heartily in favor of it."
Late that July ... Lincoln told Stanton, "I desire that a renewed and vigorous effort be made to raise colored forces along the shores of the Mississippi."
Grant wrote in return, "I have given the subject of arming the negro my hearty support. This, with the emancipation ... is the heavyest [sic] blow yet given the Confederacy."
"By arming the negro we have added a powerful ally."

“I was with him for three years at West Point, I was present at his wedding, I served in the same army with him in Mexico, I have observed his methods of warfare in the West, and I believe I know him through and through. And I tell you we cannot afford to underrate him and the army he now commands. We must make up our minds to get into line of battle and stay there, for that man will fight us every day and every hour till the end of this war. In order to whip him we must outmaneuver him, and husband our strength as best we can."