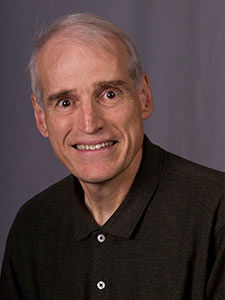 This month's featured faculty member and his reads is Dr. Paul Stein, long-time beloved chemistry professor and the only CSS coach to ever (along with his team!) win a national championship for our beloved alma mater. Dr. Stein took the liberty of classifying his all-time favorite books, and we took the liberty of turning those classifications into Latiin, 'cause that what scientists and, of course, 'cause everything sounds cooler in Latin, too!