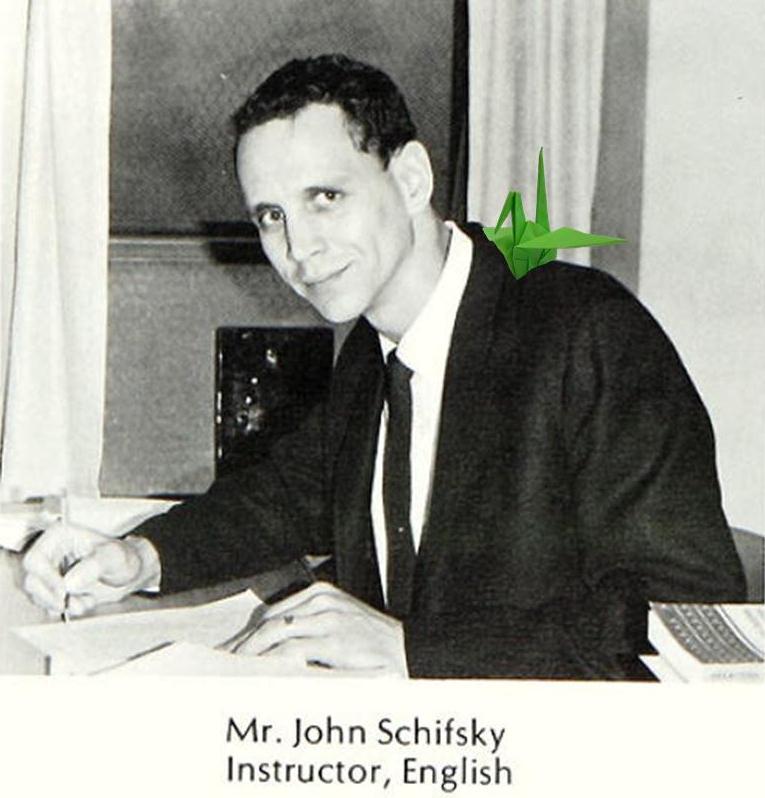 Our very special guest in this installment of "Faculty Read What?" is Dr. John Paul Schifsky, faculty emiritus at The College of St. Scholastica. Dr. Schifsky taught 19th century American literature at the College for over thirty years. In this candid shot from the College Archives, Dr. Schifsky pauses from work on his own American masterpiece as his tries to think of line more catchy than "quoth the paper crane, Nevermore!"

Here's his list of the books that have influenced him.