HIS 4402: Genocide in the Twentieth Century: Home

A guide to library resources for HIS 4402: Genocide in the Twentieth Century 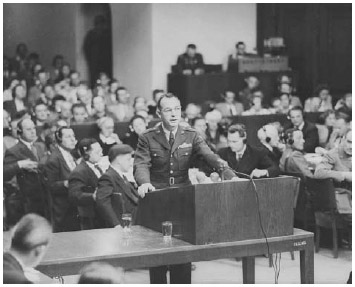 Course Description. In 1944, Polish legal scholar Raphael Lemkin coined the term “genocide” to describe the horror that the Nazis were then unleashing against Europe’s Jews. The Holocaust was not the first genocide of the twentieth century and it was far from the last. During World War I, the Ottoman Turks committed genocide against the Armenians and other Christian minorities in their empire. Toward the end of the war, the Bolsheviks took power in Russia. Communism in the Soviet Union, and later in China, North Korea, Cambodia and elsewhere, involved horrific mass murders. The Cambodian genocide (1975-1979) left two million people dead, a quarter of the population. Saddam Hussein was not a Communist but a génocidaire all the same; in 1987-1988, he gassed and executed some 100,000 Kurds in northern Iraq. Several years later, as Yugoslavia disintegrated, Serb nationalists committed genocide against Bosnian Muslims (1992- 1995). At the same time, in 1994, Rwanda was the scene of yet another ghastly genocide, as Hutus exterminated nearly one million of their Tutsi neighbors. This seminar will explore the “century of genocide” in an attempt to better understand crimes against humanity and efforts to prevent them. The first half of the course will be devoted to common readings, mainly Samantha Power’s book, “A Problem from Hell”: America and the Age of Genocide, while the second half will be devoted to writing and presenting research papers.

Above: War Crimes Trial, 1947. "Brigadier General Telford Taylor delivers opening statements during the Nuremberg Trials of Nazi war criminals. The trials marked the first time the crime of genocide was introduced into an international proceeding. AP IMAGES." Image & caption from the Encyclopedia of Race & Racism, via Credo Reference.

New to the Library's shelves

Books & eBooks from the CSS Library

ScholastiCAT - Browse for print books in the CSS Library on the following topics.

Borrowing Books from Other Libraries

Use MnPALS to search the combined collections of over sixty libraries. Use the "request item" link to have a book sent for you to pick up at the CSS Library.

The mother of all cats(alogs). Search the combined libraries of 14 countries.

Books in the public domain

As a rule, any book published before the 1920s is not protected by copyright and has moved into the public domain. Various entities have developed projects to digitize these books.

Be prepared to use InterLibrary Loan. Plan on 3 business days for your articles to arrive.