View a letterpress book created by students at The College of St. Scholastica in the Honor Course The Book in the 15th Century. 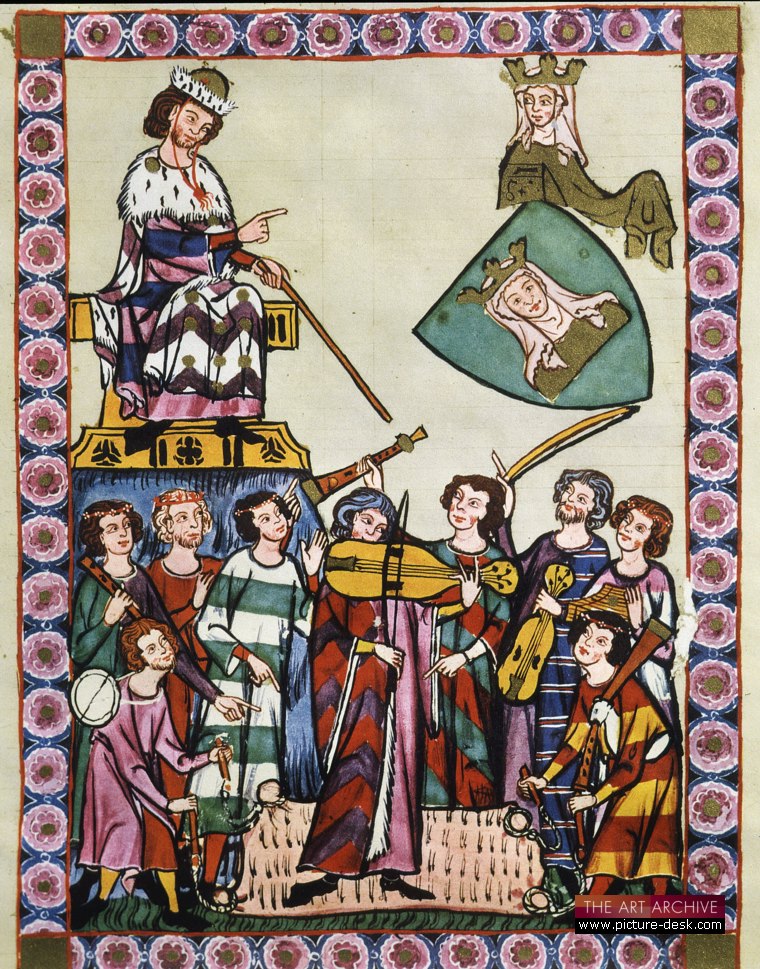 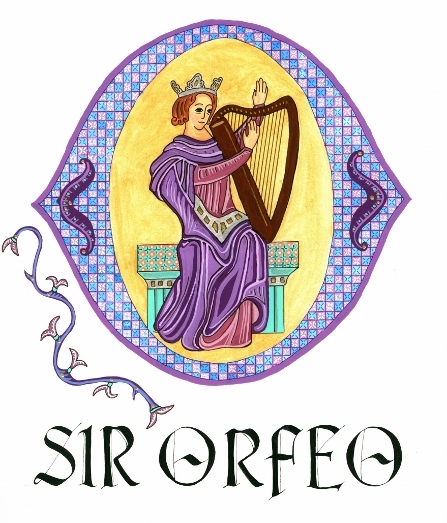 Carpet page of Sir Orfeo
Illumination by M. Schifsky
Look for more images from the illuminated Sir Orfeo in Summer 2015 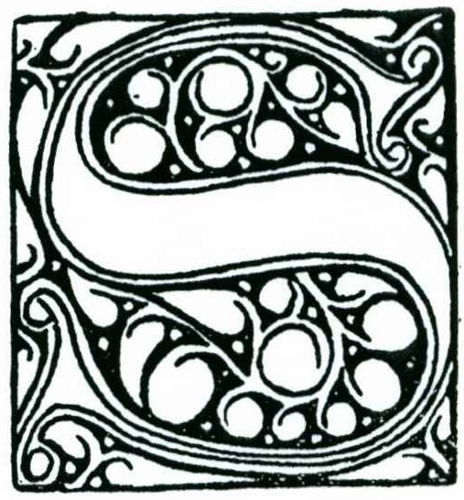 TUDENTS IN THE HONORS CLASS THE BOOK IN THE 15TH CENTURY illuminated a manuscript of, and printed a book of, the 12th century Breton lai (narrative ballad) of Sir Orfeo. It is a retelling of the Greek myth of Orpheus and Eurydice, but with Celtic elements and a decidedly happier ending. Orfeo is the harper king. His queen, Heurodas, is taken by the King of the Faeries to the Otherworld. After 10 years of mourning in self-imposed exile, Orfeo descends into the realm of Faerie and plays his harp for the dark King & his Queen. The music is so enchanting that the King of the Faeries grants Orfeo any boon his heart desires. Of course, he chooses Heurodas. But unlike Orpheus and Eurydice, no conditions are laid upon her return. Orpheus loses Eurydice for all time when he glances back before she has fully returned to the world. Orfeo & Heurodas live happily ever after.

The illuminated manuscript pages created by the students were bound as Sir Orfeo. The students bound together the pages they hand-set in lead type as Sir Orfeo, the Most Princely of Harpers & His Descent into the Realm of Faerie for the Love of His Lady Heurodas. You are invited to view their work on this guide.

The text of Sir Orfeo is from the Middle English Text Series of the Robbins Library Digital Projects, edited by Anne Laskaya & Eve Salisbury. Dr. Willam Hodapp, Professor English at The College of St. Scholastica, adapted the edition for an exemplar text and worked with students on its interpretation. The calligraphy & illumination of Sir Orfeo was overseen by Ms Merideth Schifsky, Calligrapher. The typesetting, printing, & binding of Sir Orfeo, the Most Princely of Harpers was overseen by Mr. Todd White, Printer, and Librarian at the College.

Sir Orfeo, the Most Princely of Harpers was handset in 14 pt. Goudy Text, a black letter type designed by Frederic Goudy and produced by the Monotype Company in 1928.

Decorative S from the works of the 15th century German printer, Gunther Zainer. 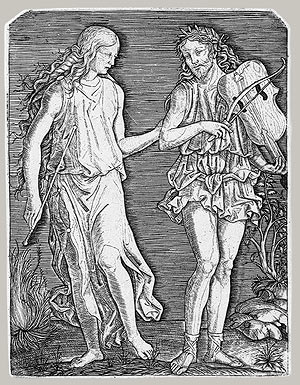 Orpheus and Eurydice
Engraving by the 16th century Italian artist Marcantonio Raimondi.
Image from the Metropolitan Museum of Art.