View a letterpress book created by students at The College of St. Scholastica in the Honors Course The Book in the 15th Century. 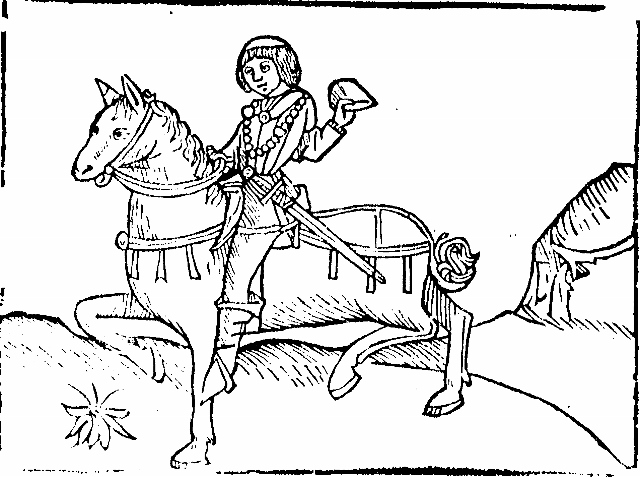 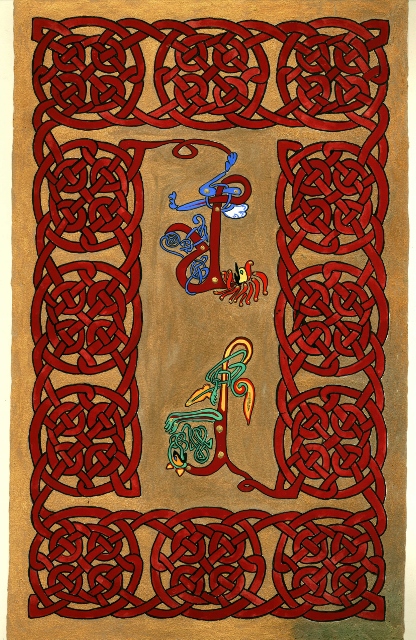 TUDENTS IN THE HONORS COURSE THE BOOK IN THE FIFTEENTH CENTURY illuminated a manuscript of Geoffrey Chaucer's Nun's Priest's Tale from his book The Canterbury Tales. Chaucer, (ca. 1342-1400),  was an English merchant, diplomat, and writer. The Canterbury Tales is considered one of the great poetical works of the English language.

Students were assigned 100 lines of text from the poem which they lettered using an uncial script. Each 100 lines of text also included an illuminated letter based on the Lindisfarne Gospels. Then, working with their same 100 lines from the manuscript, students hand-set lead type with a matching photo-engraving of their illuminated letter and bound a limited letterpress edition of The Nun's Priest's Tale. You are invited to view their work on this guide.

Dr. William Hodapp, Fulbright Scholar and Professor of English at The College of St. Scholastica, created an exemplar text of The Nun's Priest's Tale and worked with students on its interpretation. The calligraphy & illumination was overseen by Ms Meridith Schifsky, Calligrapher. The typesetting, printing, & binding was overseen by Mr. Todd White, Printer, & Librarian at The College.

The Nun's Priest's Tale was handset in 18 pt. Goudy Thirty, a calligraphic type designed by Frederic Goudy before his death in 1947. It was released by the Lanston Monotype company in 1953. 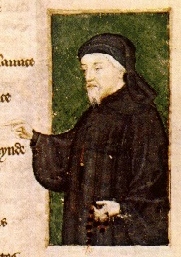 Chaucer,  from a  15th century edition of
Hoccleve's Regiment of Princes.