View a letterpress book created by students in the Medieval & Renaissance Minor at The College of St. Scholastica. 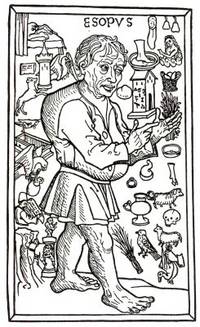 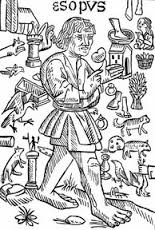 Members of the CSS community can view the original 1484 publication in Early English Books Online. 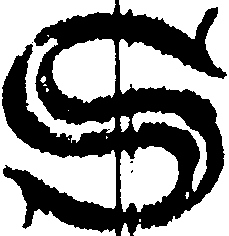 TUDENTS IN THE BOOK OF MEMORY, a Medieval & Renaissance Studies seminar offered at The College of St. Scholastic in 2000, created a soft-cover edition of Caxton's Aesop: Ten Fables. Aesop was a Greek slave who died on the island of Samos around 560 B.C. Legend has it that he was deformed, possibly a hunchback, & illiterate [see image at left]. One of the main sources of the life of Aesop is the Byzantine monk Maximuis Planudes (Life, c. 1300). Students in the class  hand-set the lead type for this edition and bound the books.  You are invited to view their work on this guide.

William Caxton (c. 1420-1491), the first printer of books in the English language, began printing in the Dutch city of Bruges in 1472. Four years later he moved his press to England. He published Aesop's Fables in 1484. Dr. William Hodapp, Fulbright scholar and Professor of English at The College of St. Scholastica, selected and translated from the Middle English the ten fables of this student edition.

Caxton's Aesop: Ten Fables  was hand-set in 16-pt Poliphilus, a 1923 Monotype facsimile of the work of the 15th century Venetian type-cutter Francesco Griffo, used by Aldus Manutius in 1499 to print the Hypnerotomachia Poliphili, a masterpiece of incunabula printing. Caxton's Aesop: Ten Fables was printed at The Recknynge Press of Duluth by Todd White, Printer, and Librarian at The College of St. Scholastica. 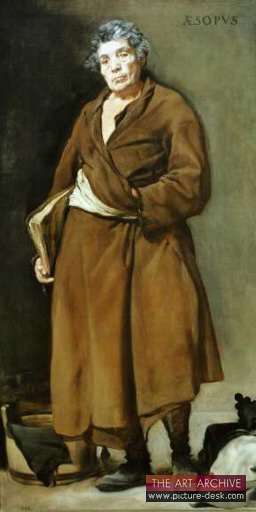