A Catalog of Birds @ CSS: Home 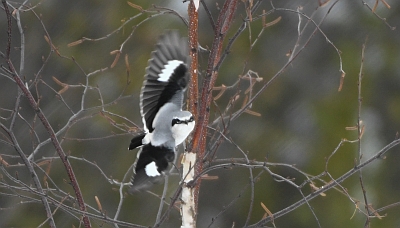 Welcome to A Catalog of Birds at the College of St. Scholastica: an ongoing, interdisciplinary project initiated by the CSS Library which focuses on bird species found on our Duluth campus. The heart of this project is a species list which was developed by faculty emerita Sr. Donna Schroeder and her students from 1978 until 1996. With her permission, we have updated this list with species which have been found on campus since 2005, including birds seen on library-sponsored campus walks with local ornithologists Laura Erickson and Kim Eckert. Our current focus for this project is to develop a digital collection of photographs and sound recordings of birds as they are seen and heard on our campus. We also hope to highlight interdisciplinary work in science, art and music. 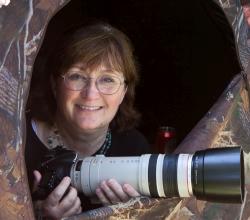 We are very honored to share an inaugural essay for our Catalog of Birds which has been written by ornithologist Laura Erickson.  Laura is the author of 13 books about birds including The American Birding Association Field Guide to Minnesota Birds, the National Geographic Pocket Guide to North American Birds, and the forthcoming The Love Lives of Birds: Courting and Mating Rituals. In 2014, Laura was the recipient of the Roger Tory Peterson Award, the highest honor bestowed by the American Birding Association. Her program, "For the Birds," which first aired in 1986, is the longest running radio show about birds in the United States.

Common Raven by T. White. Please do not use without permission.

At the heart of our project is a campus species list which was started by faculty emerita Sr. Donna Schroeder through a tutorial program with students in 1978,  The list was further developed through collaborative work with students in Sr. Donna's formal course on Bird Identification (BIO 104) during the 1980s and 1990s. With her permission, we have updated the list with select sightings from 2005 to 2018, including species which were identified on campus walks led by ornithologists Laura Erickson and Kim Eckert. In 2019, we resumed keeping an annual list as part of this record.

How does that song go? 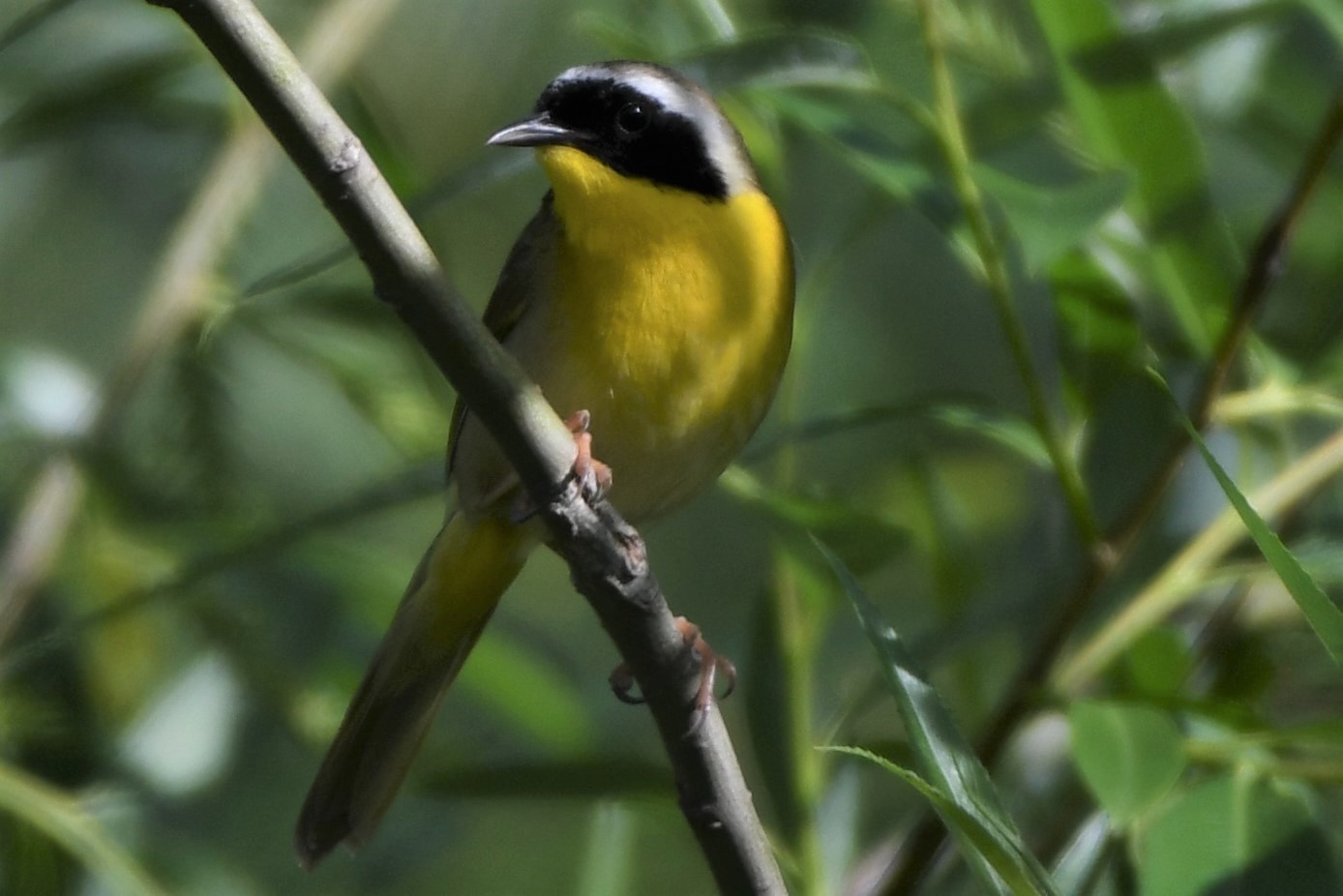 Field guides to birds typically include a mnemonic which can be used to identify and learn the songs of individual species. The song of the Common Yellowthroat (pictured above near his nest by the community garden), is often described in modern guides with the mnemonic "witchety, witchety, witchety!" Many older guides, such as Ferdinand Schuyler Matthews' Field Book of Wild Birds and Their Music (1909), describe the song as "witchery, witchery, witchery!" Mathews also suggests the possibility of "Witch-way-sir, Witch-way-sir, Witch-way-sir." Our favorite interpretation of the song comes in a 1837 journal entry from Ralph Waldo Emerson who describes a Yellowthroat which "pipes to me all day long" with the song: "Extacy, Extacy, Extacy!"

What do you think? Here's a recording of a Common Yellowthroat singing near Lot 15 last summer.

A Gallery of Campus Warblers 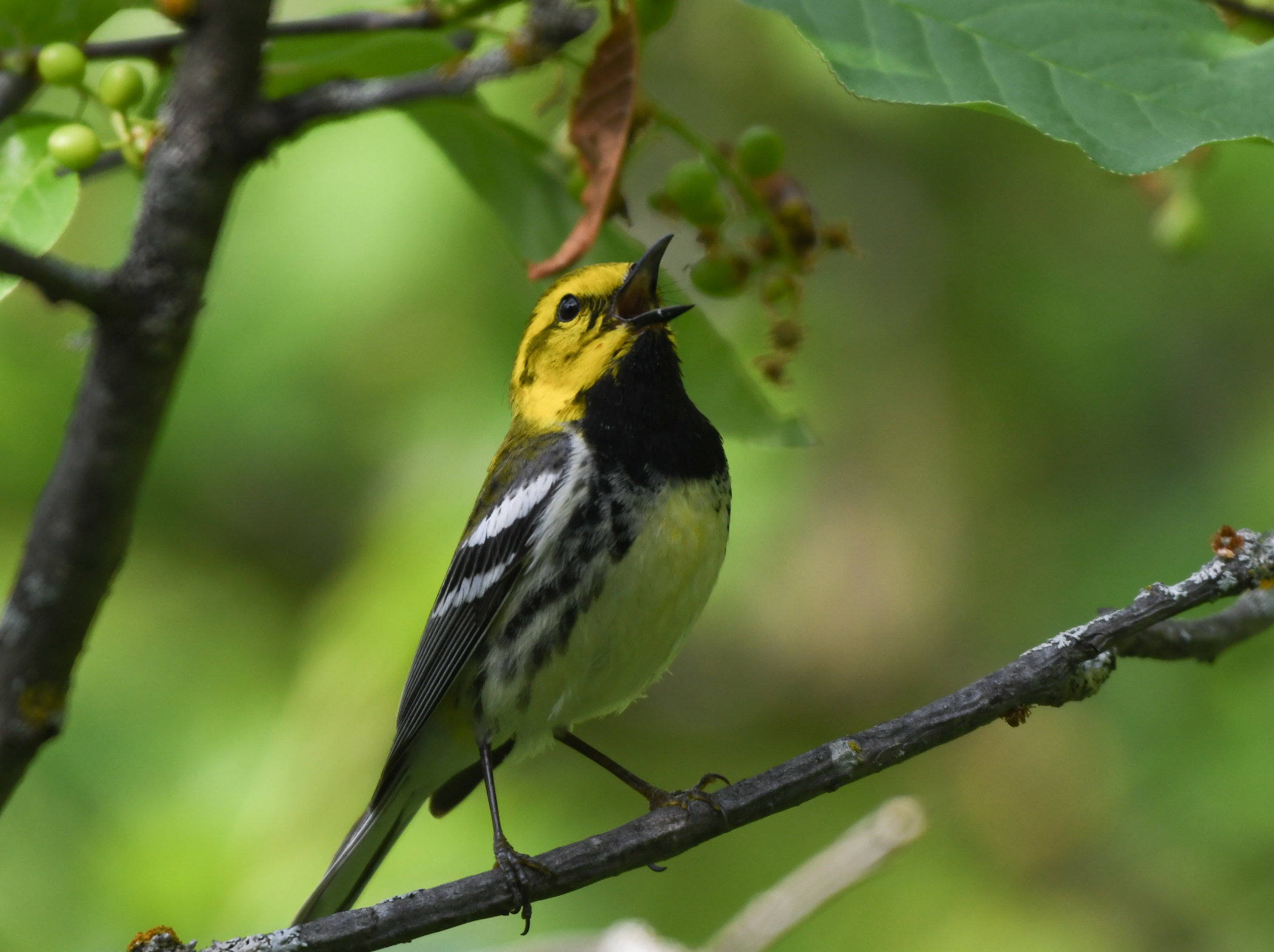 This Black-throated Green Warbler was found singing one of its signature songs into the Valley of Silence last summer: "Trees, trees, whispering trees."

It is one of 19 warbler species which have been found on campus since the late 1970s. 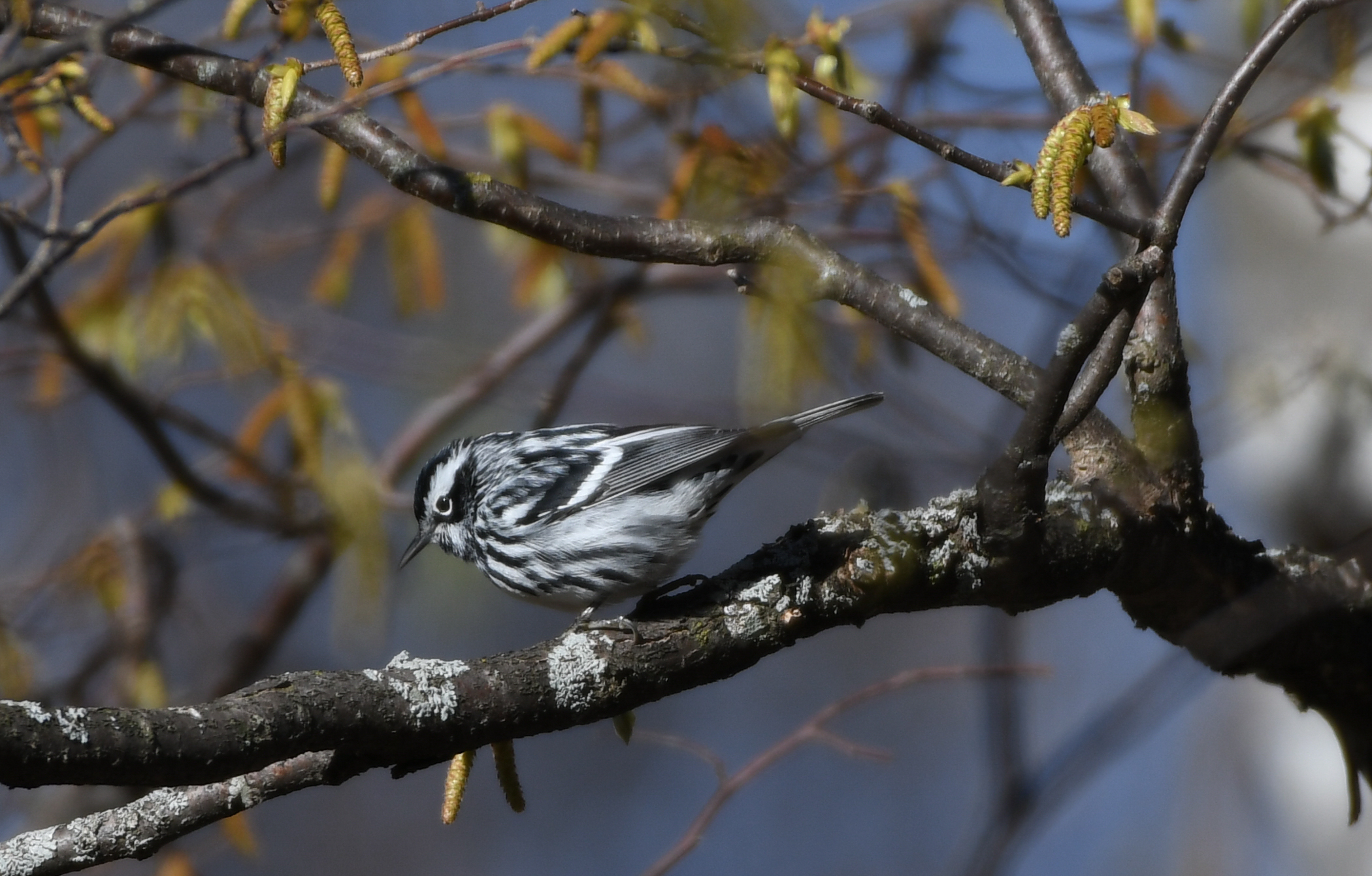 The sighting of the first warbler of spring migration is always momentous. The honor this year goes to this Black-and-white Warbler, which was seen in Gethsemane Cemetery on May 8, 2021. 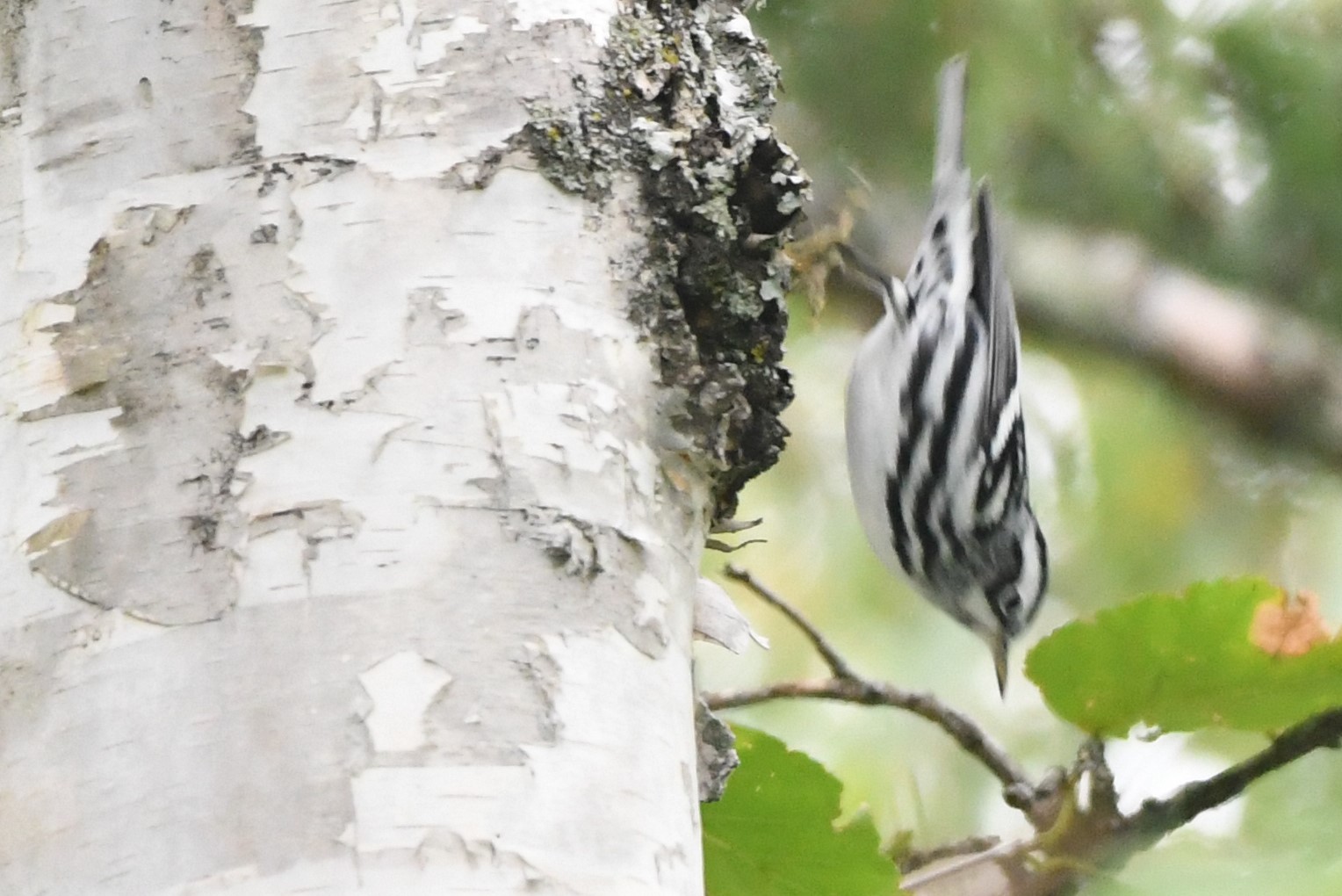 A more impressionist view of Black-and-white Warbler. This individual was found near the entrance to campus in September 2020. This is the only warbler species known for going "upside down" as it forages the trunks of trees for insects. 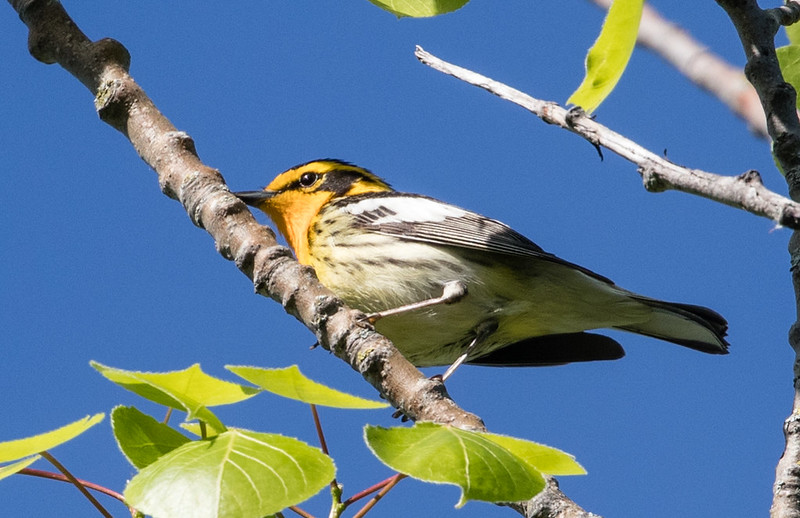 This photograph of a Blackburnian Warbler was taken behind Gethsemane Cemetery by author/ornithologist Laura Erickson during a walk she led for us on June 2, 2017.

This juvenile Chestnut-sided Warbler was found snacking near Gethsemane Cemetery before its first fall migration. 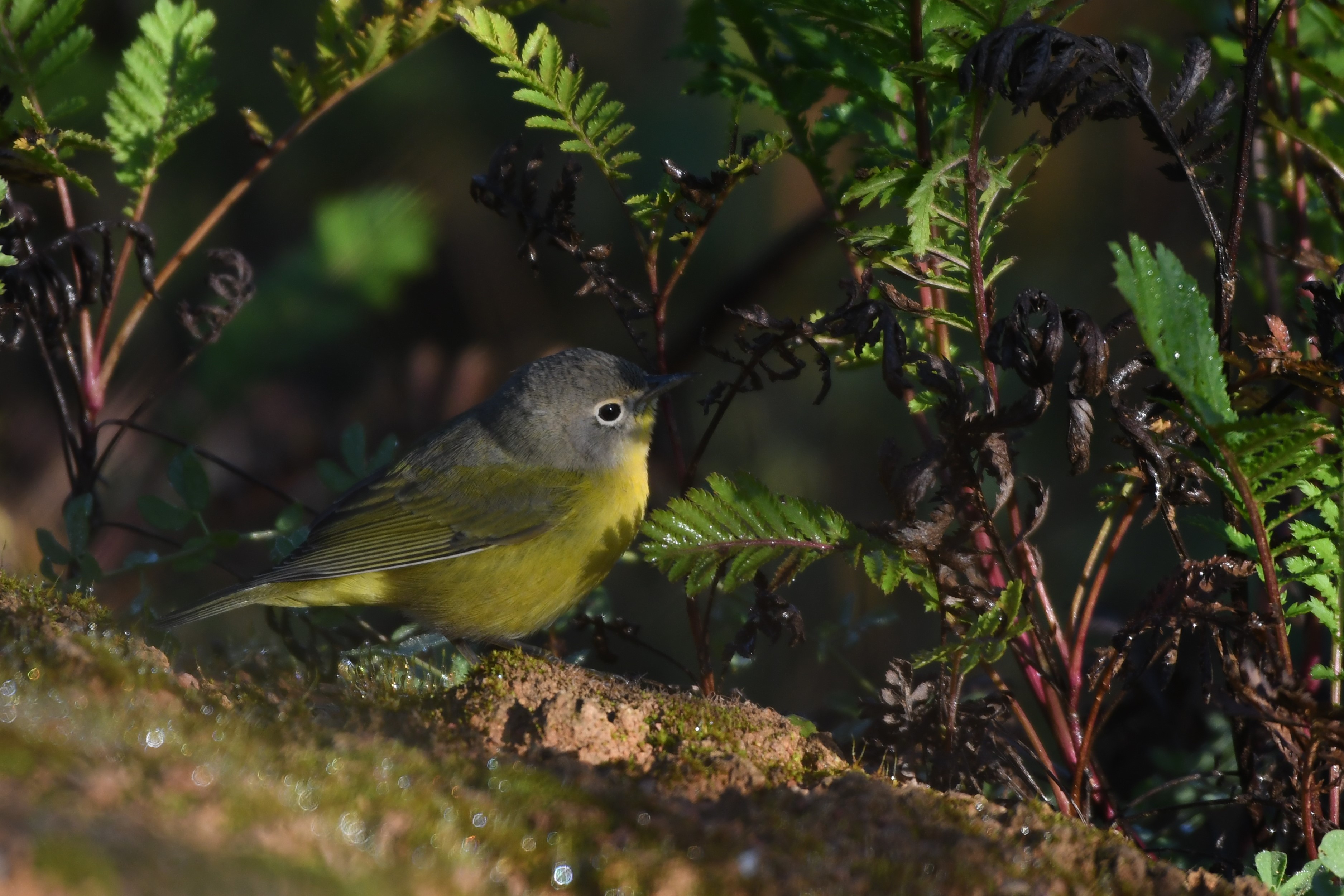 Seen near Gethsemane Cemetery in September 2020. 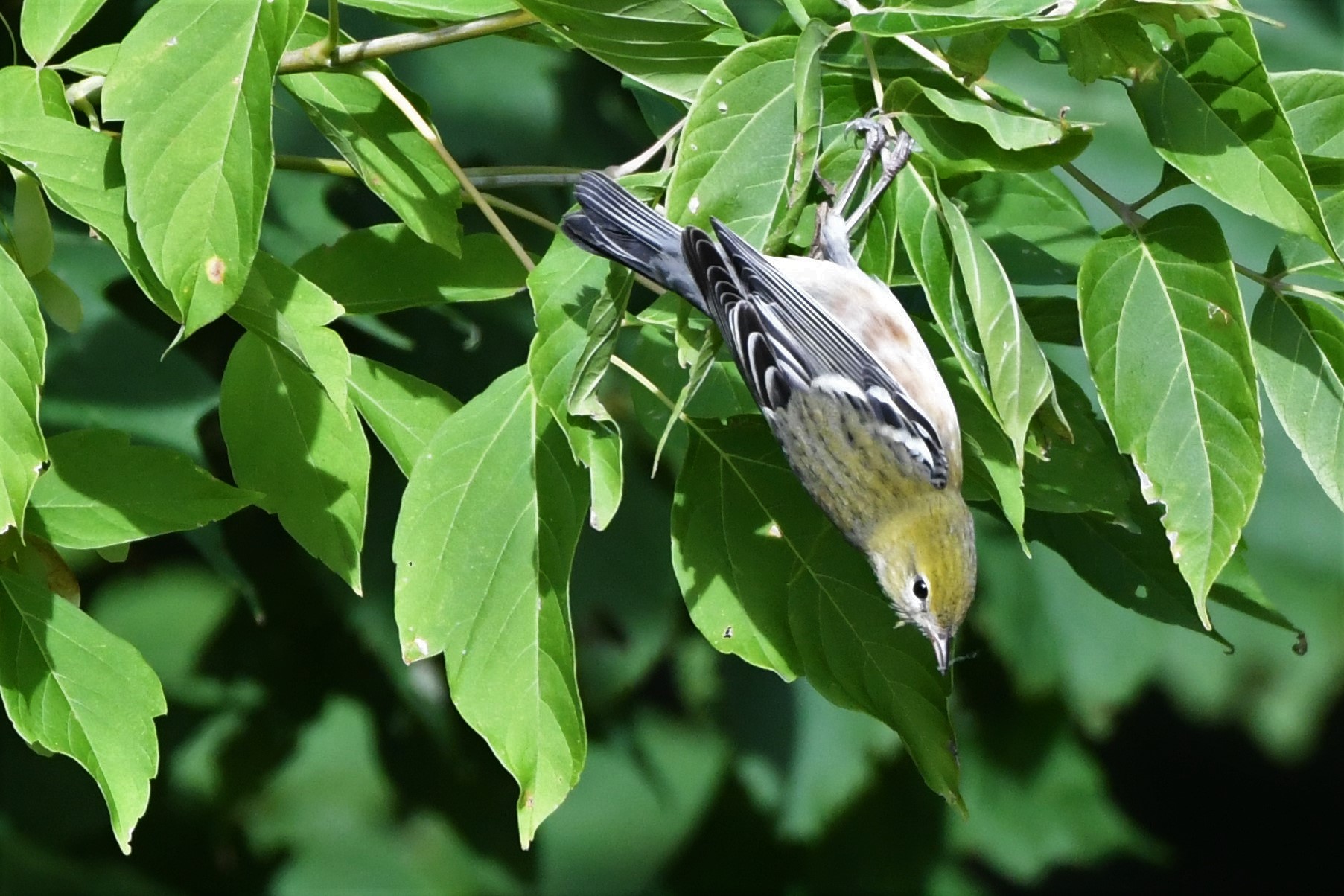 We had our first sighting of a campus Bay-breasted Warbler in fall 2020. This individual was found near the back of Gethsemane Cemetery. The trailhead which leads down towards campus housing can be an outstanding location for finding warblers. 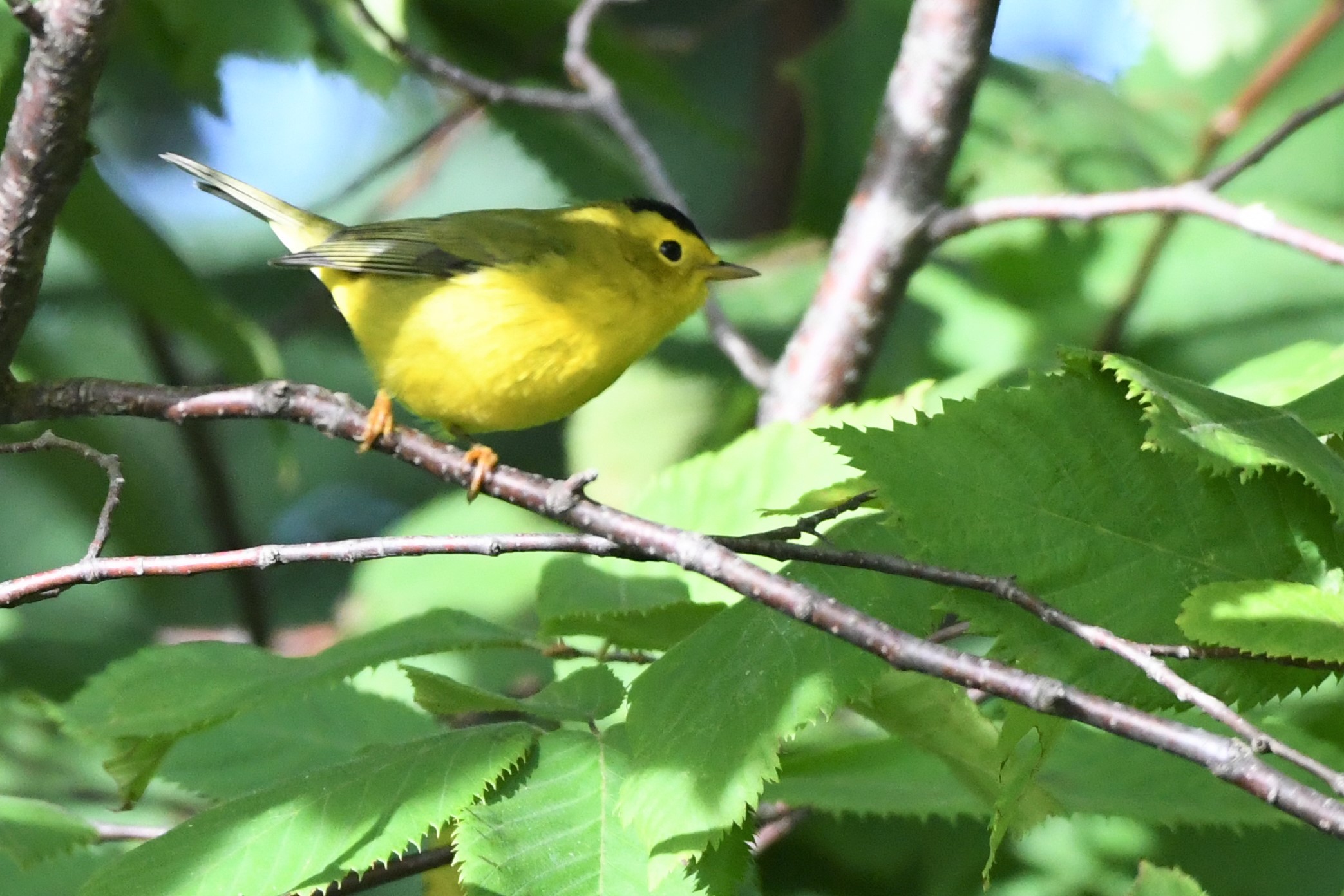 Wilson's Warbler was another addition to our species list in fall 2020. It was found in Gethsemane Cemetery. 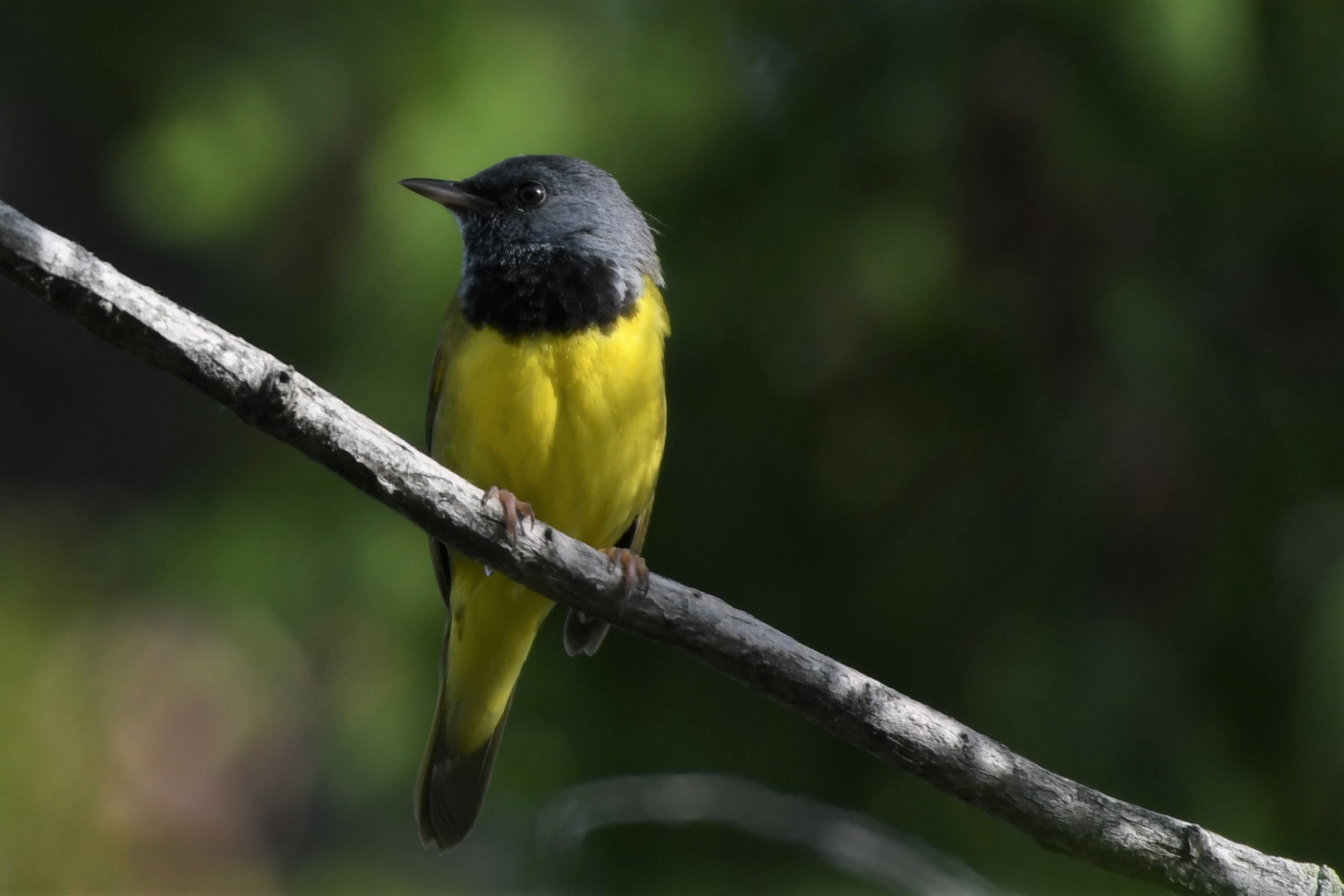 On a campus walk in 2016, Kim Eckert--author of the outstanding A Birder's Guide to Minnesota--remarked that Mourning Warbler is often sought out by visiting birders to northern Minnesota. This individual was seen near Lot 15 in June 2020. 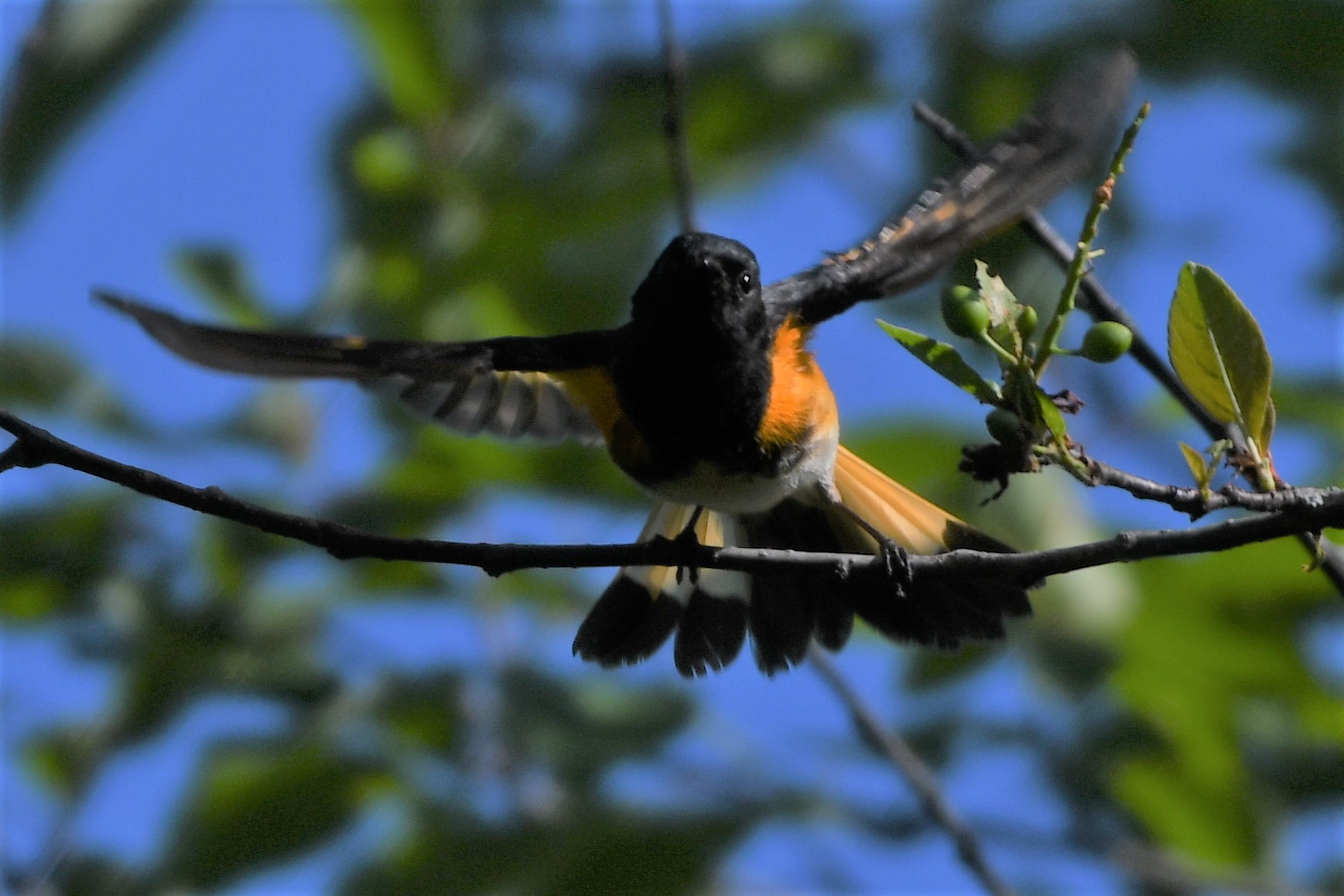 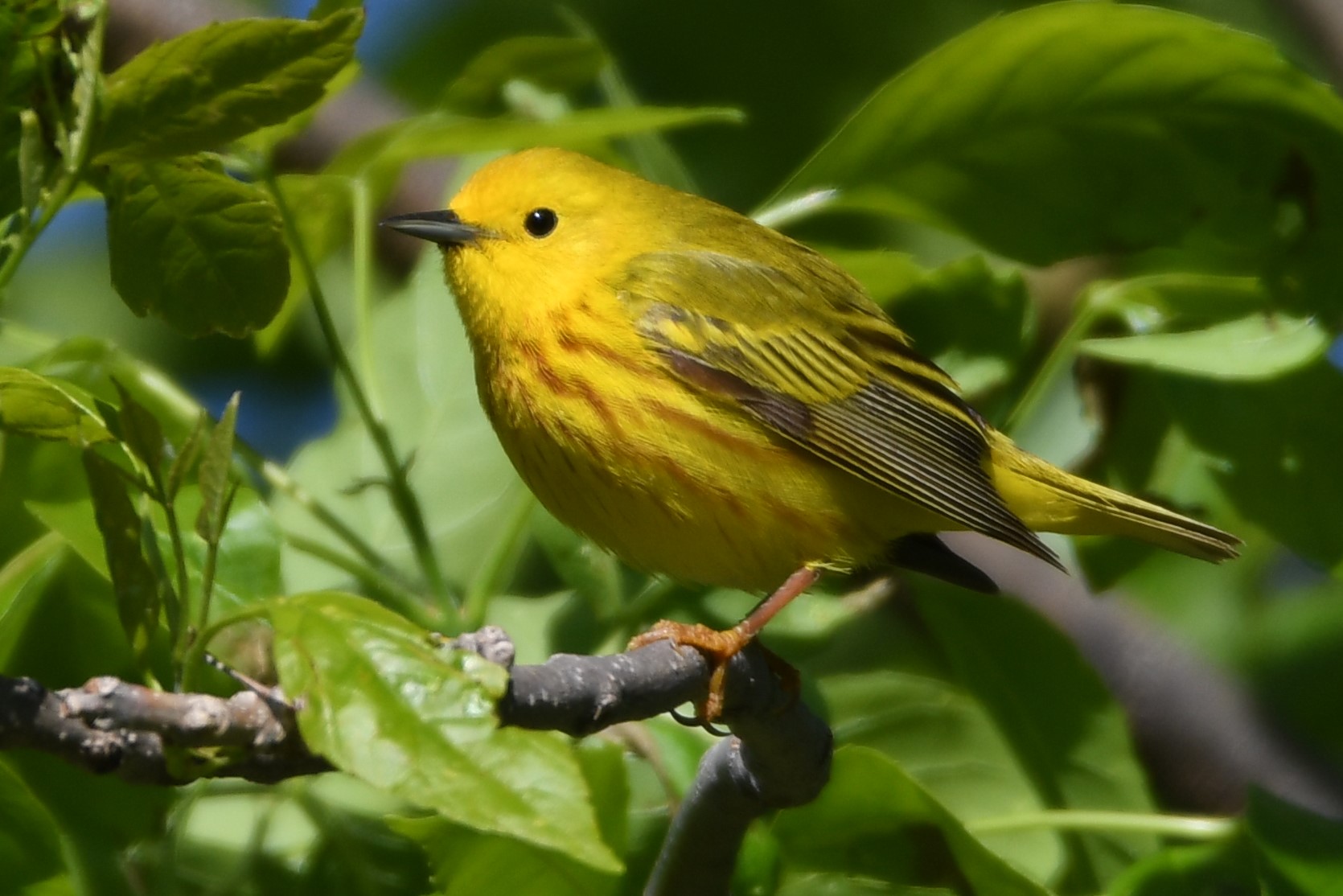 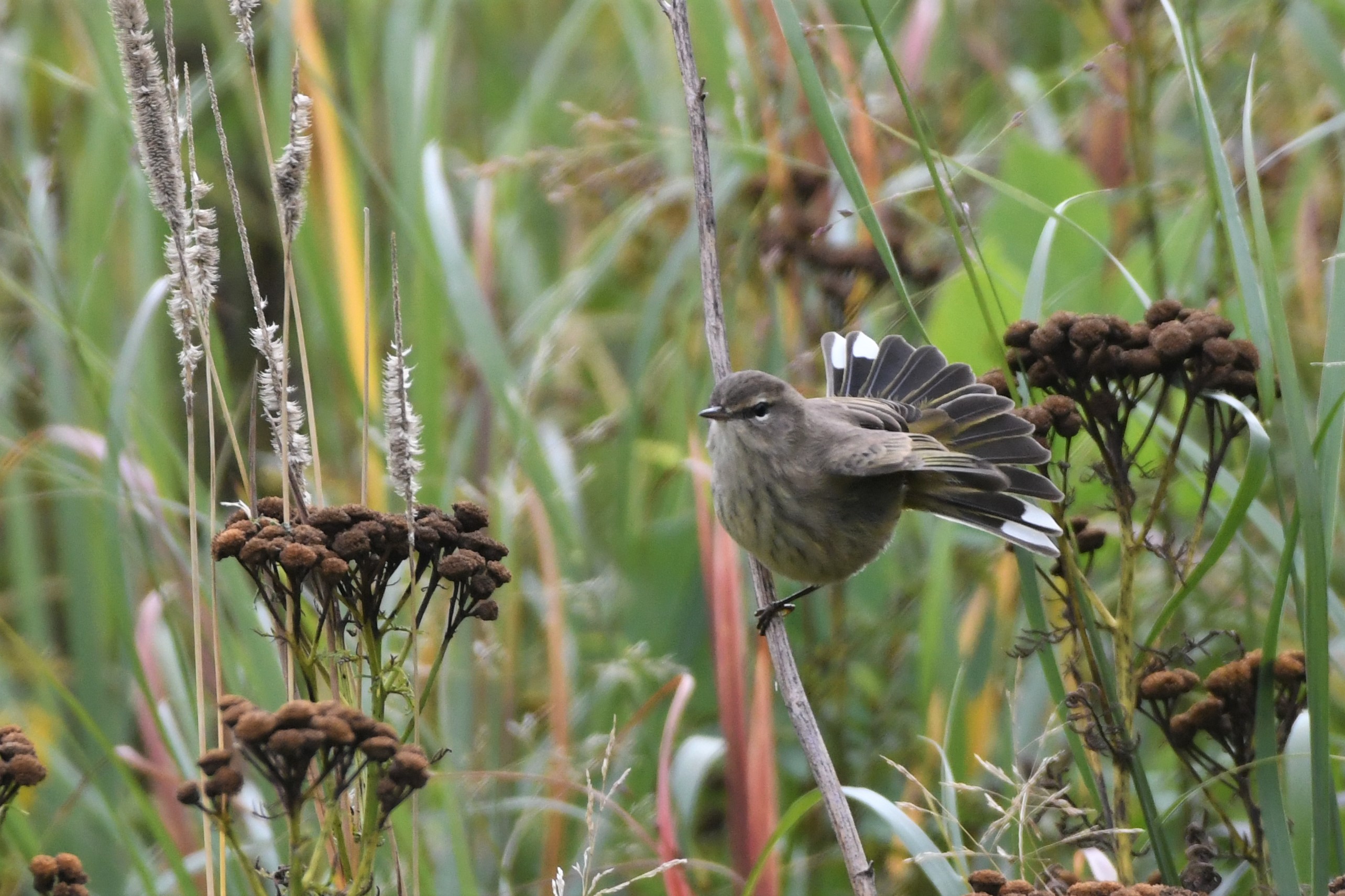 While the Palm Warbler isn't the flashiest of the warblers, it has its own subtle beauty which naturally blends with fall colors. This photo--taken behind the BHC on September 13--is of interest since it provides a good view of the white tail spots which can be seen when the bird fans its tail. 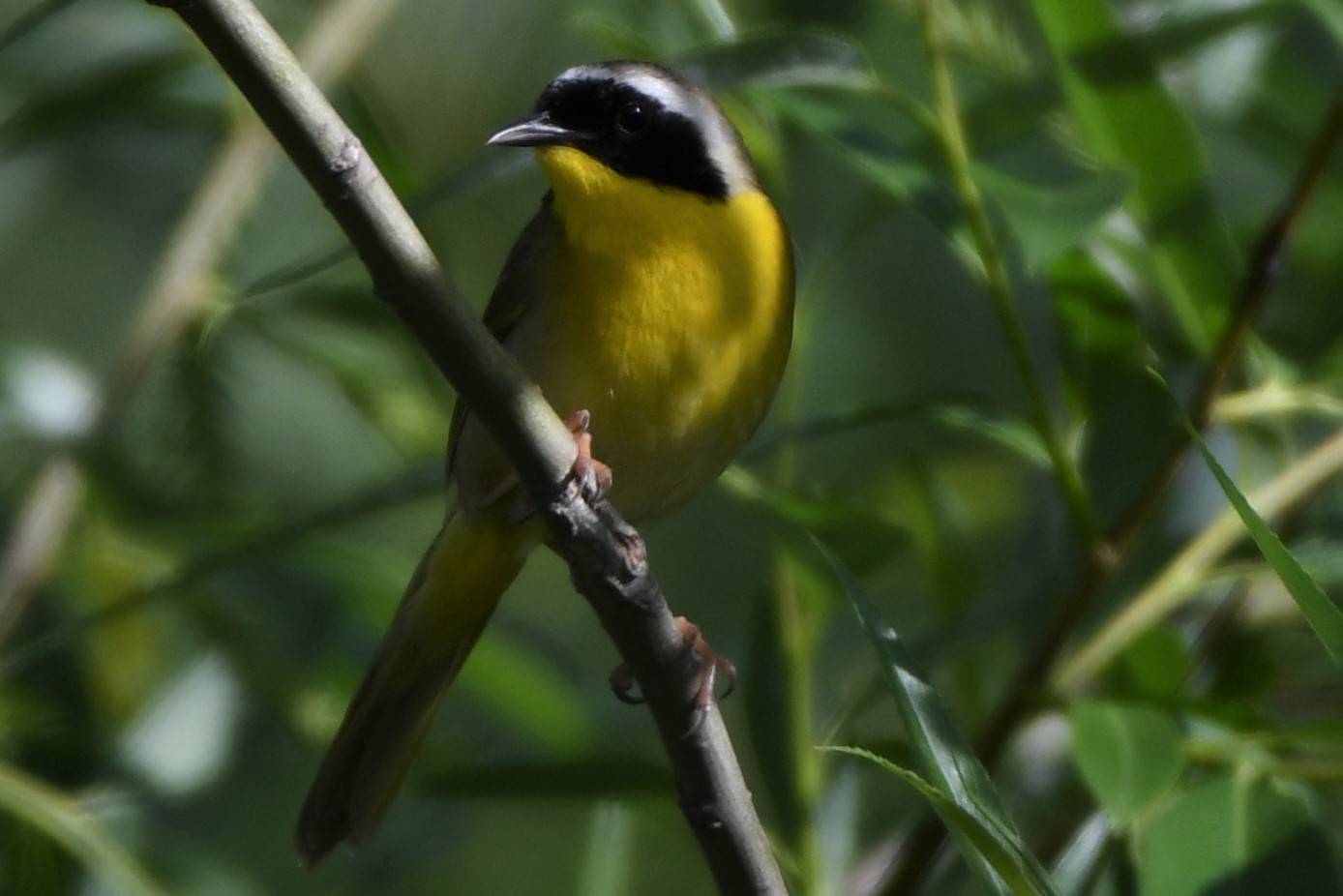 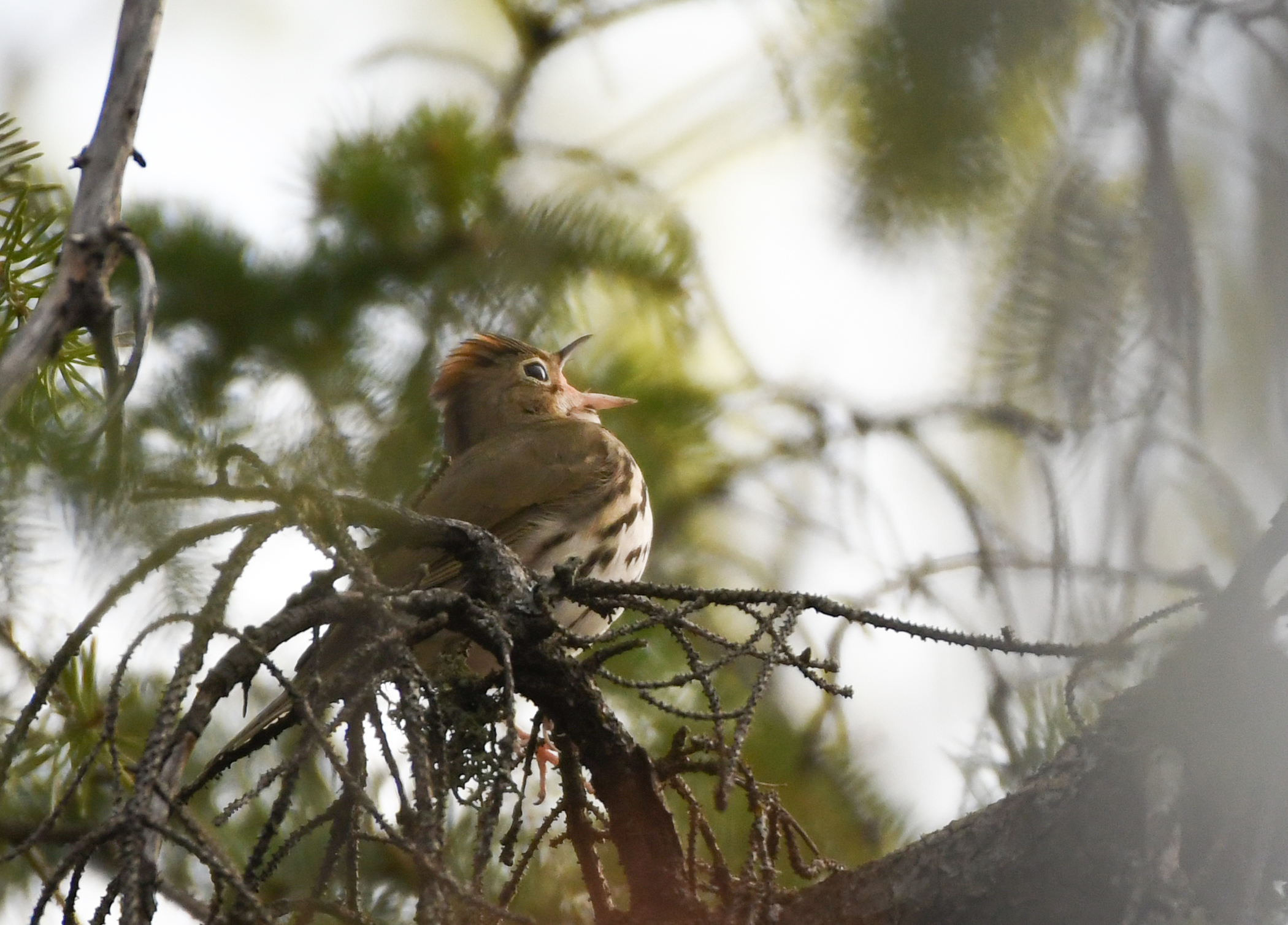 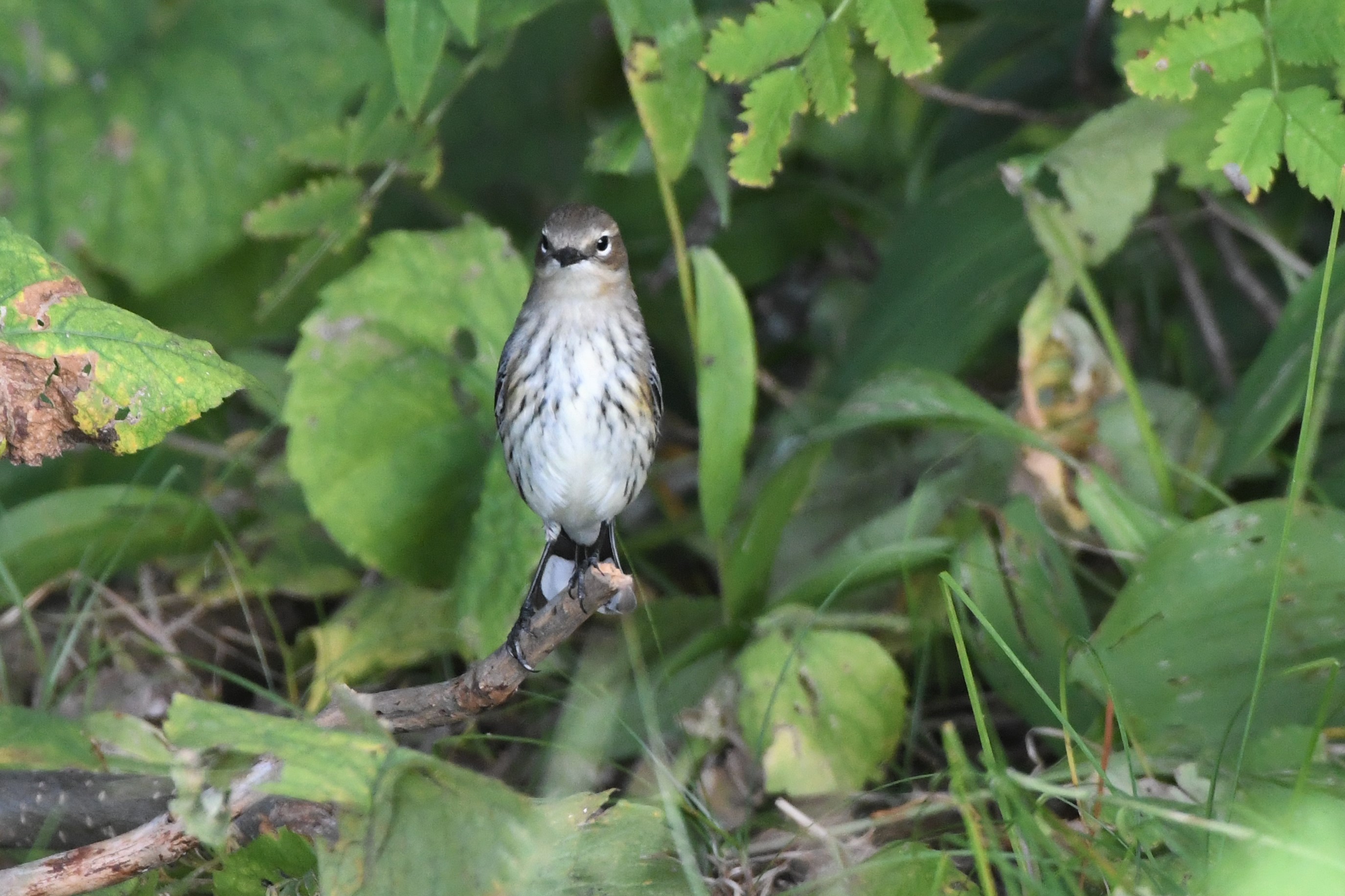 We were impressed by the outstanding posture of this juvenile Yellow-rumped Warbler found in Gethsemane Cemetery last fall. The brilliantly colored adults of this species should return to campus in late May and early June. 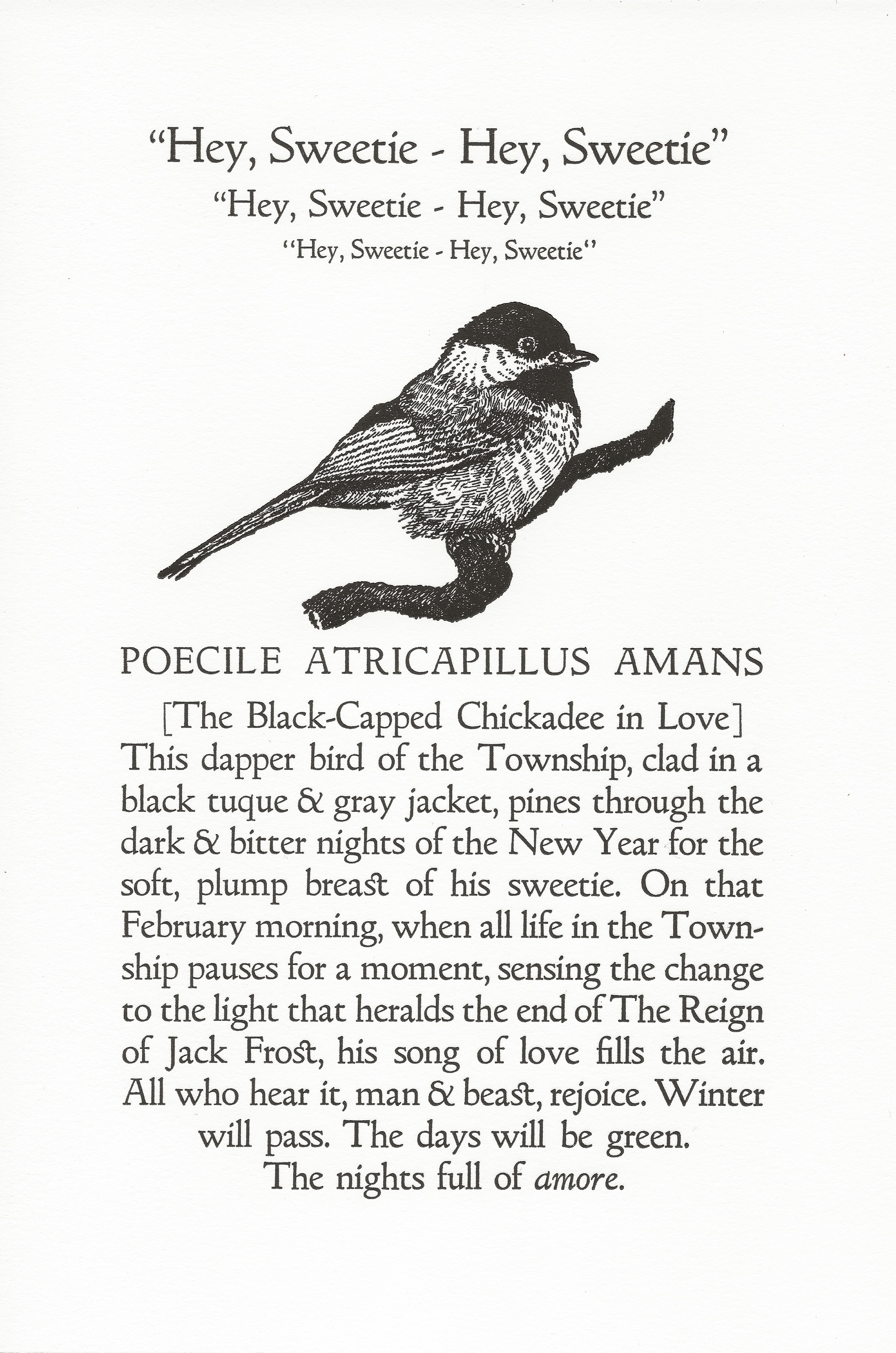 Entry for "chickadee," from A Field Guide to the Birds of Duluth Township, a lost book attributed to CSS Librarian Todd White.
Letterpress & photoengraving by T. Arthur White
6"x9" 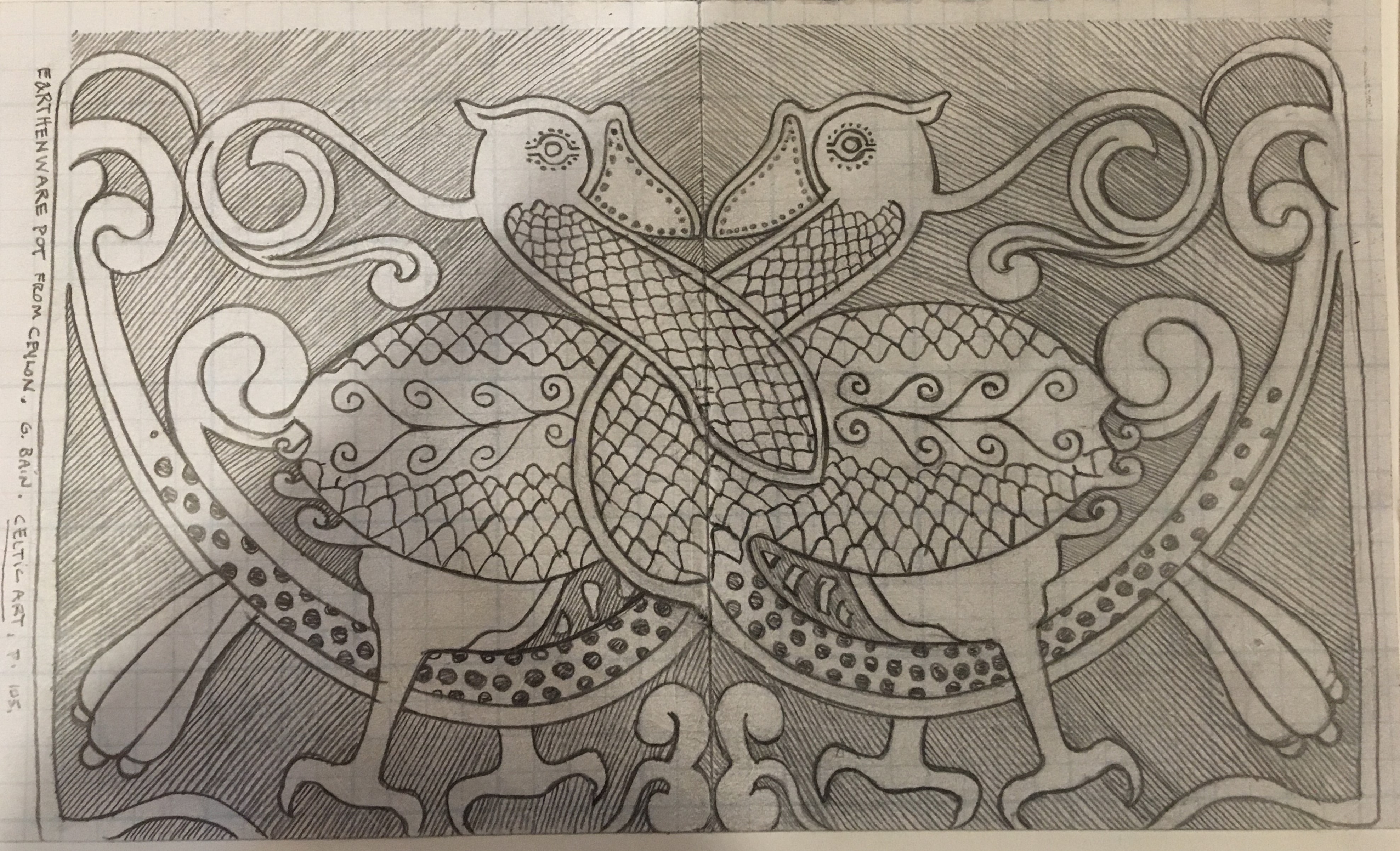 Image by T. White. Please do not use without permission. 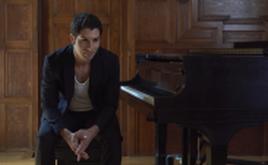 Composed in 1863, the first of Liszt's Two Legends (S.175) is inspired by the story of St. Francis preaching to the birds. It is performed here by our talented colleague, Dr. Nicholas Susi. 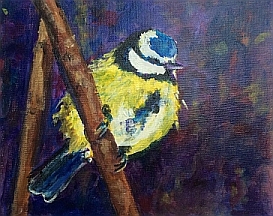 2021 marks the first year since 1980 in which CSS hasn't sent a delegation of faculty and students for the College's Ireland Program in Louisburgh, County Mayo. In honor of the program and the birds of our "Irish campus," here is a lovely painting of a Blue Tit (Cyanistes caeruleus) by our colleague Dr. Patricia Hagen, who, with her husband Dr. Tom Zelman, led the program on seven different occasions. Dr. Hagen's painting (enlarge by clicking on the thumbnail) is from 2015, when this species was a frequent visitor at the campus feeder. 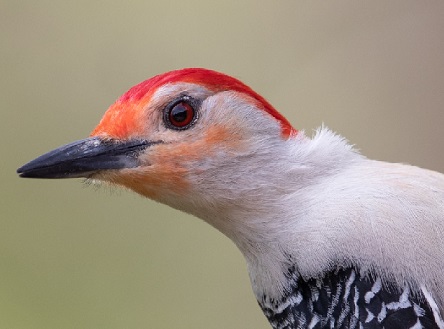 In 2019, we had our first record of a Red-bellied Woodpecker which was seen and heard in the Gethsemane Cemetery on June 2, 2019. In this brief recording, you can hear the woodpecker's shrill call along with the tolling of the chapel bell. The species has been seen and heard on campus several times since. 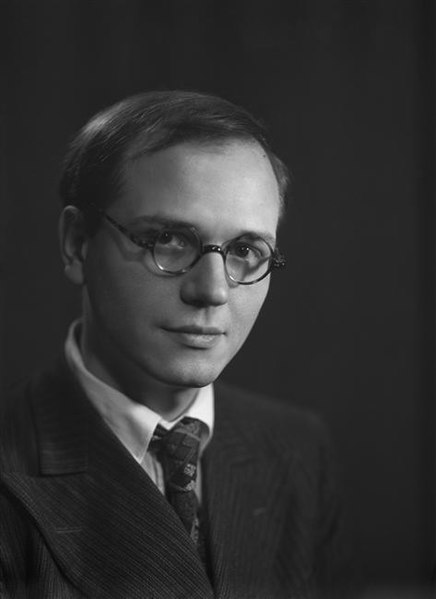 We've named our project in honor of the French composer Olivier Messiaen and his Catalogue d'oiseaux (1956-68), a collection of 13 piano pieces inspired by birdsong. (Of course, the term "catalog" seems appropriate in itself since catalogs and cataloging are essential to our work as librarians.)